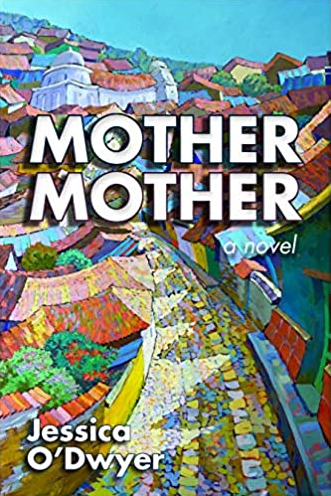 I began reading Jessica O’Dwyer’s Mother Mother with a preconception. The story is told in two voices: that of a white adoptive mother and that of an indigenous Ixil Maya birthmother from Guatemala. Being myself an adoptive mother of two children born in Guatemala, and being only a few months past the dramatic national controversy surrounding American Dirt, I expected to identify strongly with the character of Julie, the adoptive mother. And I worried about the potential landmine awaiting in the depiction of birthmother Rosalba.

As is usually the case, my worrying was a waste of time. I got it completely backward.

The novel opens with the adoptive mother, Julie Cowan, in the middle of her third miscarriage. Before the reader can even process that trauma, events pile up: Julie and her husband decide to adopt from Guatemala. They are then offered a baby, Felix. Thrilled, they decide he’s their son. Then, just as quickly, they lose him because of possible corruption in the Guatemalan adoption system. Julie is bereft, but then they get a second baby, Juan Rolando. Again, Julie is certain this is her son.

There is more drama in this beginning than in many entire novels, but we aren’t even up to page 15. Additionally, we discover that Julie, a curator for an art gallery in the Bay Area, is suddenly up for the position of director, which could take her energy and focus away from the adoption process.

The problem with such a packed opening is that we don’t get an opportunity to know and invest in a protagonist. Instead of watching events unfold and understanding Julie’s choices, we get lines like this, about her professional determination: “She’d compete for the director’s job. Because she deserved it.” Or this, about the prospect of becoming an adoptive mother: “Julie felt as if she were drowning in a swell of emotions: joy, sadness, gratitude, guilt, love.”

Luckily, just as the reader is reaching exposition overload, we enter another reality and a new point of view — that of Rosalba Puzul Tuc, a 25-year-old Guatemalan woman providing (with the help of a translator and for reasons unknown to us at first) a “Testimonial” of her life and the lives of other indígena mothers. It is in this initial section of Rosalba’s that the novel begins to take shape.

Through Rosalba’s story, told in first person — in contrast to Julie’s third-person narration — the reader lives with a main character in quotidian and profound ways. Rosalba grinds mesa for the day’s tortillas and walks down the lane to the mill, greeted by “the thumping sound of the mill’s engine…the machine crunched and sputtered, kneading the kernels into soft masa.”

And, here, she recounts her sister giving birth to twins in the family’s house, but only one surviving:

“Marta opened her eyes and her hand pressed more tightly against her son. He moved a bit and opened and closed his mouth, hungry. I reached around Marta’s body to the edge of the bed to pick up the girl baby. She felt as light as an empty cup.”

Moved by Rosalba’s chapters, I found myself rushing through Julie’s just so I could get back to a character I cared about. It didn’t help that Julie’s life includes hollow details such as limited-edition Christmas ornaments and clichés such as, “That was her story and she was sticking to it” (when considering something as essential as the legality of an adoption).

It also disappoints that both Julie’s sister (“By the way, when are you getting that kid?”) and her boss (“The tip of the director’s nose was as red as her lipstick…she snapped her fingers toward [her assistant]”) are one-dimensional villains. Even Julie’s husband, Mark, who appears rarely and speaks even less, spouts bromides such as, “Ouch. Hate when that happens” when their son lashes out in frustration and physically injures Julie, or “Go for it,” when she considers the very destabilizing step (for an adopted child) of hiring a professional searcher to locate the boy’s birthmother.

It’s not as though Julie’s chapters don’t have moments of beauty, however. For example, one of the first presents she gives Juan is a little stuffed rat, Ratón, that he carries everywhere. (“Juan twisted in his seat and held Ratón up to the back window so it could observe the puddles.”) On one occasion, when Julie takes Juan to Target and he is overwhelmed by the stimuli, he “reached into the pocket of his shorts and pulled out Ratón. His hand with the toy drifted to his face, and he pressed Ratón against the tip of his nose, over and over.”

Similarly, when Julie first meets Juan, she “breathed in the smell of a soap she didn’t recognize, touched his smooth forehead. His fingers were curved, nearly transparent, heartbreaking in their perfection.”

But these moments are too rare and leave us desperate to be back with Rosalba, where we can see a real person, as she does, “with the light behind him, the outline of his straw hat like a bird on a post. The smell of corn alcohol and old clothes [coming] in like a second person.” Though her life is filled with heartbreak and violence and is not easy to read about, we nevertheless feel submerged in its real details.

When the two stories merge, we see Rosalba’s life through Julie’s lens. When the latter watches a religious practice she doesn’t understand, she can only wonder at “the humility of the act and desire for atonement.” Actually, Julie spends most of the novel in this state, confused by and reacting to everyone around her.

But we don’t need Julie’s filter to understand Rosalba. She comes off the page on her own to meet us. In this uneven novel, it would’ve been better if she had been allowed to do so more often.

Jeanne Jones is a writer, teacher, and former lawyer living in the Washington, DC, area. Her stories have been published in American Short Fiction, SmokeLong Quarterly, Jellyfish Review, Fanzine, and Juked, among other places. She is also a reader of flash fiction for Split Lip Magazine.