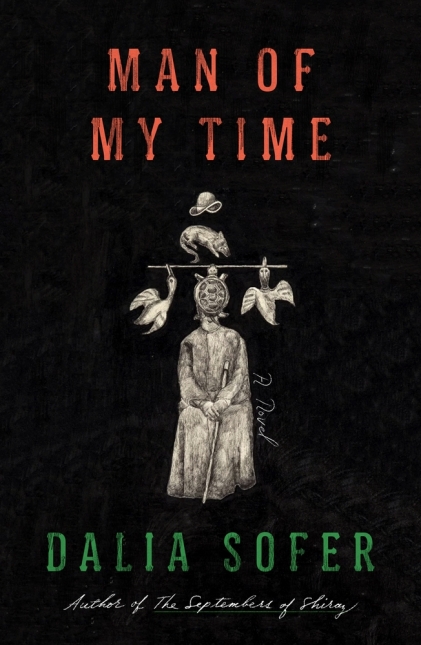 The provocative title of Dalia Sofer’s absorbing new novel leads readers to ask: “Aren’t we all creatures of our time?” The answer isn’t as simple as it seems and involves an exploration into the nature of what it means to be “of” a particular time and place.

Sofer, with great insight and urgency, depicts Iran — especially its capital city, Tehran — during a time of political and cultural transformation, which took that country’s people in multiple directions. She soaks us in the aftermath of its 1978 revolution, including what led up to it and what followed.

How does one navigate the shifting corridors of power? How can families hold together when circumstances propel members to take sides — sometimes out of sincere, principled sentiment; sometimes out of fear; and sometimes out of inertia? And to what configurations of national or religious identity should a person ally him or herself?

The main character in Man of My Time, Hamid Mozaffarian, wants to find his own path. But he seems doomed. He cannot negotiate life’s hurdles and, at bottom, doesn’t want to. He seems to enjoy his blend of numbness and pain.

He has managed to find a government sinecure as an interrogator, but it’s a job with strings attached: pleasing the higher-ups. Favors must be returned.

Hamid’s choices and his seeming ambivalence have separated him from his parents and other blood relatives. His unpleasant persona also separates him from his wife and daughter.

A trip to New York, where his parents have resided for quite a while, forces upon Hamid the uncomfortable task that becomes symbolic of his destiny. He’s asked to fulfill his deceased father’s wish: to have his ashes buried in Iran.

Having spent many years feeling unappreciated by his father and having worked against his father’s career-defining academic project, Hamid nonetheless seems prepared to fulfill this filial wish.

Though Hamid is center stage as the book’s narrator, Sofer offers a wide, supporting cast to flesh out his ordeal — one that includes a world of betrayals and deep-seated longings for revenge.

Is Hamid’s spiritual misery his own creation, or is it simply a small-scale version of his country’s crisis? One can argue either position.

The glory of Man of My Time is in the author’s ability to project a range of possibilities — causes and outcomes — and bring them alive through her glistening prose and deep humanity. Though this book follows by 10 years the astounding success of her first novel, The Septembers of Shiraz, it is likely that Dalia Sofer will garner the same mountain of accolades and awards this time around.

The Slaughterman’s Daughter: A Novel