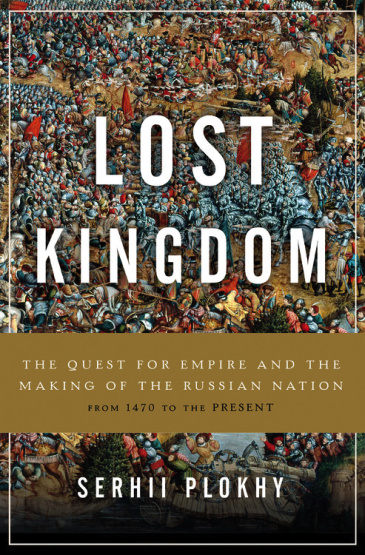 Feeling he was a player on the world stage to be reckoned with — having hosted his $50 billion Olympics in Sochi in February 2014 and emboldened by his invasion of Georgia in 2008 with negligible Western backlash — Russian President Vladimir Putin set his sights on Ukraine.

Putin reportedly told President George W. Bush at the 2008 NATO summit in Bucharest that “Ukraine is not even a state.” In 2014, he was quoted as saying, "People who have their own views on history and the history of our country may argue with me, but it seems to me that the Russian and Ukrainian peoples are practically one people."

In the Aug. 9, 2017, edition of Newsweek, Peter Dickinson wrote that the “Kremlin clings to the idea that a silent majority of pro-Russian Ukrainians lies ready and waiting, poised to take over the reins in Kiev at the right moment and steer Ukraine back into the Kremlin orbit.”

Over the years, Putin has made the case that Russian identity was under threat in Ukraine, accusing the Ukrainian leadership in July during the Group of 20 Summit in Hamburg of “trading in Russophobia.”

What, then, is Russia, and who are the Russians, and why might Putin believe Russians and Ukrainians are “practically one people”? In his engrossing Lost Kingdom, Harvard professor Serhii Plokhy chronicles the search for a national narrative that grew out of medieval Kyiv Rus’ to encompass, at its zenith, one-sixth of the world’s landmass.

While histories of Russia abound, Plokhy’s focus on the span of Russia’s often-troubled relationship with its East Slavic neighbors, Ukraine and Ruthenia (later Belarus) — the founding members of the modern Russian state and where Russia has fought the majority of its wars — is relatively untrodden ground. As he writes:

“From the rise of the independent Muscovite state on the ruins of the Mongol empire to the reinvention of Russian nationhood after the fall of the USSR, my book follows the efforts of the Russian elites to restore the territorial unity of the ‘lost kingdom’ the medieval Kyivan state that provided all Eastern Slavs with much of their cultural legacy…But a particular feature of the Russian story is that its search for the ‘lost kingdom,’ coupled with its longing for imperial expansion and great-power status, is still going on. It is in pursuit of the vision that Russia has lost its way to modern nationhood, and in that sense has become a ‘lost kingdom’ in its own right.”

Taking us through nearly 600 years of Russian history, Plokhy weaves a rich tapestry that merits careful reading. At the start of each chapter, he put us in the middle of a seminal event that captures the period’s zeitgeist and explains the intellectual currents that justified Russia’s expansion.

He starts with Ivan III (1440-1505), known as Ivan the Great and gatherer of the Rus’ lands. Ivan III challenged the suzerainty of the Mongol khans and expanded the boundaries of Muscovy, the principality centered on the city of Moscow, to Lithuania and Kyiv itself.

He also seized control of the hierarchy of the Orthodox Church from Byzantium, giving rise to autocracy and religion as a distinguishing feature of the Russian form of government. Subsequently, Peter the Great’s victory over the Swedes and Alexander I’s pursuit of Napoleon’s army to Paris not only increased the size of Russia’s territory, but also gave rise to the nation as a world power.

Russian imperial nationality and religious policies in the Western borderlands created more complex relations. In the 19th century, linguists and ethnographers explored the different peoples and languages of the region and produced theories on the connection between language and nationality. To deal with the inhabitants of these territories, tsars adopted policies that ranged from favoring near-autonomy in the use of language in Ukrainian Galicia to Russian-only media and speech in Belarus.

The October 1917 revolution and establishment of the Union of Soviet Socialist Republics caused upheaval in the approach toward the nationalities question, from Lenin’s relatively benign attitude toward ethnic nationalism to Stalin’s brutal reversal of Lenin’s policy once he eliminated his rivals, assigning primacy to the Russian language and ethnic population.

The end of the USSR came when, following a hard-liners’ coup in 1991, Mikhail Gorbachev vacillated and lost control not only of the nationalities question, but the foundations of the state itself.

Though Plokhy’s scholarship is solid, his latest work is intended for a broad audience. Lost Kingdom is a book I would put on my “must read” list if assigned to Moscow as a Foreign Service officer. It contains the essential context of the reality into which the generalist officer is plunged and expected to become effective.

As written, the book will be much appreciated by the reader who has some background in Russian history and literature. That said, to help the less-specialized reader, Plokhy might have added a reference section listing all those mysterious Russian names with a brief explanation.

Earl M. Irving is a retired career Foreign Service officer and former ambassador to the Kingdom of Swaziland. He served in the political section of the U.S. Embassy in Moscow during the Soviet period. He holds a bachelor’s degree in Russian and political science from Middlebury College and a master’s degree in Slavic Languages and Literatures from the University of California, Berkeley.