Light from Other Stars: A Novel

An out-of-this-world story that celebrates the enduring love of home. 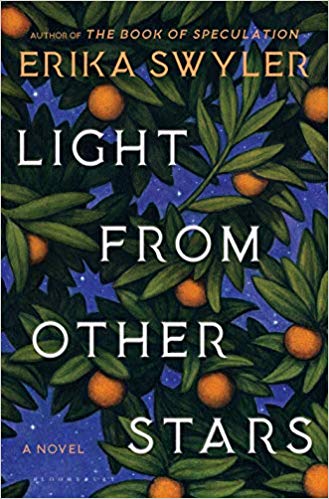 In 1986, 11-year-old Nedda Papas dreams of becoming an astronaut. Growing up in idyllic Easter, Florida, she goes to school just 10 miles from Cape Canaveral, close enough to feel the vibrations as NASA launches the first teacher into space aboard the shuttle Challenger.

While the children watch the shuttle arc across the sky, Nedda’s father, Theo, a heartbroken former NASA scientist, is in his laboratory, busily putting the final touches on Crucible, a machine he built to control time. The surprise explosion of Challenger ignites Crucible, trapping Theo and leaving the town of Easter reeling from a catastrophe of its own, one that only Nedda and her mother can fix.

At first glance, one might be tempted to label Light from Other Stars a work of science fiction. What it really is, though, is a detailed exploration of the bonds of family, friendship, and love of home — Florida, in particular — and how they persist through time and space.

The book is written from multiple points of view and points in time, from both the far future — aboard the spaceship Chawla, where the now-grown Nedda is a botanist heading toward Mars — and the not-so-distant past: 1986, to be exact.

A master of memories and descriptions, Erika Swyler is a skilled and detail-oriented writer who makes each paragraph feel like a masterpiece. Like Crucible, the author slows time, capturing the town of Easter during one week in 1986 and illuminating it in a way that we, the readers, are truly able to savor.

I marveled at how authentically the author depicted the era of the 1980s, in spite of the fact that she was only a young child when the real-life Challenger exploded. If you came of age during this time, these chapters will speak to you.

And you will ache to be back there: to a time before the internet, cellphones, and instantaneous shopping — where you, too, can walk barefoot in the crabgrass along the edge of an orange grove and inhale humid air thick with the smell of saltwater and citrus on a surreal day of national mourning.

Nostalgia aside, the parts of the book that really come alive are those that take place aboard the Chawla, with a crew selected because, together, they carry the entire genome for the human race. This section was so incredibly engrossing that I had to rein myself in and not read too fast, so as not to miss anything.

I was amazed by the amount of research the author must have done to expertly chronicle the crew’s progressive loss of eyesight as the lack of gravity flattens their corneas and makes their faces swell. (Luckily, an onboard printer produces prescriptive contact lenses, as well as antidepressants, as needed.)

What I didn’t like about the book was its inscription. It is dedicated, in part, to “the teachers who did not believe a fifth-grade girl could speak knowledgably about the Hubble Space Telescope. You remain embarrassingly wrong.”

I found this to be strange (considering Swyler is an artist and not a scientist) and slightly mean. But is it fair to criticize an author’s dedication? Swyler might have anticipated this, as she admits on her website that “I may have written this book out of spite.”

Dedication aside, Swyler has clearly educated herself about physics and space exploration in order to write this novel. I have no doubt that she could speak quite knowledgably about the Hubble. And I agree with her that what “grew from seeds of anger and questioning” is a really beautiful story.

Whether you’re an armchair astronaut or just someone who reads in order to experience different realities, Light from Other Stars is the book for you.

Adele Levine is the author of Run, Don’t Walk: The Curious and Chaotic Life of a Physical Therapist Inside Walter Reed Army Medical Center.

This time, a private investigator’s personal dilemma gets in the way.