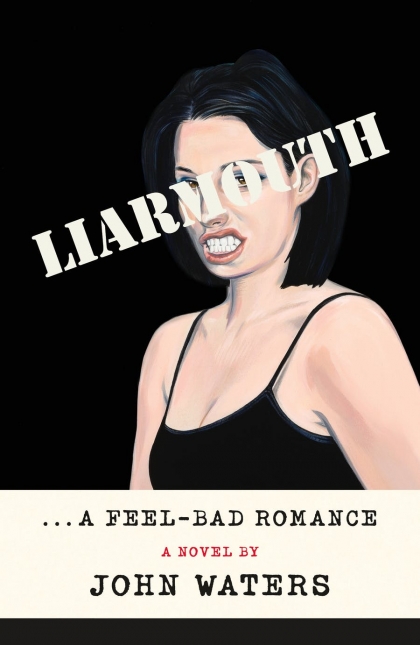 In his charming and funny 2019 memoir, Mr. Know-It-All: The Tarnished Wisdom of a Filth Elder, notorious filmmaker and comfortably seated part-of-our cultural-furniture John Waters mostly succeeded coaxing readers into rooting for him, this strange man, our Pope of Trash, the Duke of Dirt, Mr. Know-It-All.

See, it’s not easy being dirty.

In a noisily weird way.

Note to readers: Your mileage may vary.

We’ve got Marsha Sprinkle, her mother, Adora, and her daughter, Poppy. Three generations of neurotically unusual American women. In Waters’ world, abnormal is normal. We’re all crazy on this bus. Marsha, however, is our, um, heroine. At fortysomething, she’s still looking for clues:

“Marsha hates anything old. Antiques. Vintage. Collectibles. It’s all dirty to her. Used. Stained with other people’s fluids — children’s tears, unwanted sperm, stray mucus, even unrequired food. Nothing smells here. Odors are an unwanted invasion of her superiority, an interruption to her focused life.”

Naturally, then, she makes some sort of alternative living breezing through baggage-claims up and down the East Coast, stealing other people’s luggage. A suitcase thief. See, Marsha lies, cheats, and steals. From her daughter, from her mother. Everybody. She’s a villain. Not likable at all. Waters asks us to like her.

Further, he adds, “I just want to tell you a good story, and a story that I want you to come into my world, and I’ll be your guide, and you’ll be safe, and let’s investigate people that we maybe would never be able to understand and figure out what makes them act like that. That’s what all writers do.”

He’s right. That's what fiction writers do. And you’ll be safe here. And that’s what gives Liarmouth a shot. Waters, our dirty uncle, an aging boomer who believes in peace, love, sex, and debauchery, has, perhaps, our best interests in mind. While he always found the Beatles too upbeat, too cheerful, too normal (he’s more of a Stiv Bators punk), his heart is in the right place.

Plot? Not so much. Poppy, Marsha’s estranged and strange, understandably damaged daughter, wants to kill Marsha, who has stolen big bucks from her. A chase ensues. A madcap anything-goes, smutty, mad-mad-mad-mad-world pursuit on planes, trains, and automobiles, careening from Baltimore to Provincetown, Massachusetts. You’ll never look at Amtrak and the interstates the same way again.

(Provincetown? Like Baltimore, it’s a fixture in Waters’ world. He lives there during the season.)

For her part, Marsha encounters life-changing experiences along the way. Finally. (Isn’t that what fiction is all about?) She boards a flight. Indeed, she’s grouchy. After all, her daughter is trying to kill her:

Marsha is still comfortably rotten and decidedly unpleasant. Deviant. Still, she’s right: There is no end to the humiliation of today’s air travel. We all get that. But perhaps, just maybe, by this point in the story, the reader may be tiring of it all. (Dear reader, I have spared you many graphic descriptions of unusual sexual practices found on the wild side of our world these days. The Independent is, of course, a family publication.)

And yet, there is hope for her. She encounters someone new. She steals. He steals. They engage physically:

“Marsha can feel it inside their mouths. His tongue of truth serum mixing with her dental decay of deception. Finally, the oral lubrication of an abrupt change in sexual desire flows through her. His flexing pink tissue asking what’s never been asked of her, triggering her own pink tissue down below to sense the new stirrings of sexual curiosity. The only thing she doesn’t feel is him stealing her ID and cash right out of her bra with the nontouch of a complete pro. Well, not her cash exactly. First it was Marsha’s victims’, and then it was Marsha’s, and now it’s not.”

Remember, this is a feel-bad romance. Tom Hanks has left the building.

In an outrageously trashy, vaguely operatic apotheosis on the streets of Provincetown, with graphic references to unconventional sexual practices, Marsha and her hero confront change:

“No, he’s the one man who made her tell the truth. So what if he stole her money? Her mother stole her emotions, her husband stole her libido, her daughter stole her dignity, and Daryl stole her right to sexual refusal. But this guy stole her damaged psychological baggage and good riddance to it.”

Marsha is safe. She has changed for the better. And we are safe. All is well.

But that’s the point.

Barry Wightman’s first novel, Pepperland, received a starred review on Booklist and won a Silver IPPY for best fiction from the Independent Publishers Book Awards. He has an MFA from the Vermont College of Fine Arts in Montpelier and spent five years as fiction editor of Hunger Mountain, a national journal of the arts. A longtime reviewer for the Independent, Wightman is also president of the Wisconsin Writers Association.