An aging German scholar flees his complicated life to write a prize-winning essay in Silicon Valley. 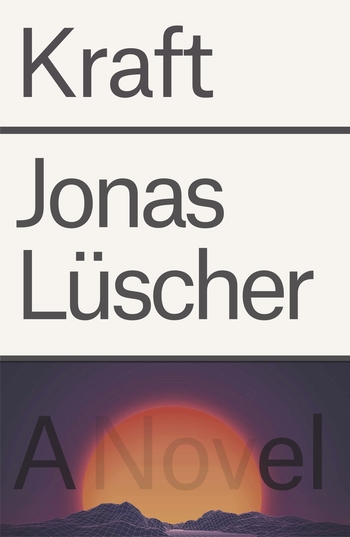 Up to chapter seven, I read Jonas Lüscher’s Kraft as if I were watching Ingmar Bergman’s “Wild Strawberries.” And I couldn’t help but feel that the world has had enough of old white men looking over their life’s work and finding it insufficient to bring them happiness. Woody Allen has made four films that follow this essential path. And then one thinks of Saul Bellow and Philip Roth and becomes weighed down by the sob story of yet another person somehow both overly self-aware and blind to his own privilege.

According to its inside flap, Kraft is funny. But I didn’t see much humor in the story of a politically conservative European academic who moves to America to try to win a million-dollar award for writing an essay confirming that “Whatever is, is right.”

The eponymous protagonist wants the money foremost so he can divorce his wife, although we’re led to understand that there have been at least three women in Kraft’s life and that he behaved poorly with all of them. Instead of wit, I saw ennui: a particularly European haze through which an unhappy man sees darkly.

Some of the humor allegedly comes from the situating of Kraft, in his neo-conservative garb, in the exact time of Margaret Thatcher’s ascendency and the fall of the Berlin Wall. Apparently, a Thatcherite living in re-unified Germany is inherently funny. The other bit of humor is supposed to come from Kraft’s later observations in California, where he goes to escape his family and write the essay.

This is a pretty light structure for a novel, and the feeling conveyed throughout the first chapters is narrowness of vision. We only see or feel anything through Kraft, and little of that is actual sensation. It’s mostly just him thinking about feelings and past incidents that caused feelings.

The sentences, ably translated by Tess Lewis, are long — as one might expect from a stream-of-consciousness look back on one’s detached, scholarly life — and quite accomplished at bouncing all over the place, leaving the reader in doubt about what is real and present versus illusory and past.

To me, this all added up to, “Been there, done that.” Then, as mentioned, I reached chapter seven, the hinge upon which everything swings. It’s a set-piece in which Kraft — a cranky old trickle-down economist scheming to fake his way to wealth — seeks inspiration for his sure-to-be-winning essay proving “Whatever is, is right.”

And it shows us how Kraft really regards life in Silicon Valley: disdainfully. First, the Stanford cafeteria where he’s dining is crowded, so he has to sit with two strangers. Although he’s initially able to tune them out, he is eventually drawn into their conversation. It disgusts and horrifies him.

One of the strangers explains that he has stopped eating solid food in favor of a liquid substitute called Soylent. (Yes, this is a “Soylent Green” reference, which confirms that the book is meant to be satire. But any time novelists make trendy references in their books — as Lüscher does by mentioning Reebok, Diet Coke, Nike, and various iPhone apps — they potentially doom those works’ future relevance.)

Anyway, Soylent is a success because its manufacturer’s premise is that “food wastes more than just our time.” As Kraft summarizes: “You take a human activity — in this case, eating — isolate it from all cultural significance, all historical connections, all emotional ballast until nothing but the bare essentials are left.”

Next, one of the strangers shows Kraft an app that brings the three of them (gathered around a table in California) together with two teenage girls sitting on a bed in Tubingen, Germany, Kraft’s hometown. Kraft has two teen daughters (whom he is scheming to abandon if he wins the money) and is creeped out by this technological voyeurism.

Moreover, he detests the teleological naiveté of the Silicon Valley crowd, concluding that their intentions are very similar to those of the Soylent people:

“By separating out all cultural and historical connotations together with their peculiarities, the most optimistic defense intellectuals hoped the rules could be applied mechanically and all decisions be left to computers.”

This is as deep as it gets with Lüscher’s protagonist, and the rest of the book operates on the less-than-galvanizing theme that nothing is simple. While Kraft had intellectual assurance in his younger days, he concludes it was “all bullshit, as he knew perfectly well; it wasn’t that simple, nothing was.”

What comes next is more sifting through Kraft’s memories to decide what is real, what he can have confidence in, and what will last. The answer? Pretty much nothing. So, if you like to read about old white men who’ve lost their self-assurance as they scan their mental libraries for the moments that cost them their confidence, Kraft is the novel for you. Otherwise, you might be satisfied with simply remembering that nothing is simple.

Y.S. Fing is a composition-teacher/writer/literary-community-participant in the DC area. He is responsible for the publication of Perdition, by D. Selby Fing, last year.