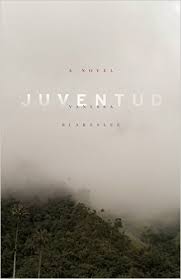 In the 1980s, I worked in Chicago’s nightclubs, slinging drinks for far less than minimum wage and meager tips. Our customers were party people: men in high-waisted genie pants and colorful shirts danced into the early morning with big-haired women in shoulder pads. They fueled their nightly celebrations with quick trips to the bathroom for a little bump, a tiny spoonful of cocaine or a line drawn with a credit card on top of a toilet tank. It was a time of excess and ignorance.

Despite the romanticized version of the drug trade we were exposed to — “Miami Vice,” “Scarface,” stories of speedboats and fast cars and faraway jungle estates and cartels and kingpins — we knew very little of what was behind the actual commerce of our diversions. We were mostly unaware of Colombia’s kidnappings, bombings, and turf wars that fostered a great disparity in wealth, a chasm between the “haves” and “have-nots,” and forced millions of people from their homes, creating refugees (desplazados, the displaced) in their own country.

Vanessa Blakeslee’s painstakingly researched novel, Juventud, provides some insight into these complicated and dangerous times. Set primarily in 1999, it is a coming-of-age story about teenaged Mercedes Martinez, one of the “haves,” who falls in love with Manuel, an activist on the side of the peacekeepers.

Mercedes’ privileged upbringing leaves her unprepared for the trouble she is about to encounter when she becomes involved with a peacekeeping youth group. Blinded by her love and passion for Manuel, as well as her spoiled, sheltered life, Mercedes moves in dangerous circles, ignoring her better judgment and the warnings of her father, Diego, who has his own checkered past of drug trafficking and an unexplained (to Mercedes, at least) separation from his American wife.

When Mercedes is under the protection of her driver/bodyguard very early in the novel, she witnesses a terrifying hijacking of a city bus on a busy Cali street in broad daylight. The reader immediately understands the stakes of the story. The country is under siege. The FARC, the ELN, the AUC; it is difficult to tell the good guys from the bad, those who can be trusted from those who can’t.

This distrust and the way it complicates Mercedes’ relationships propels the action of Juventud. Teenaged Mercedes lives behind walls on a sugar plantation patrolled by armed guards and jefes in Jeeps. Still, she manages to get out now and again, under the pretense of going to school and to the homes of her closest friends, girls of means also living in protected, upscale environments.

It is during these outings that Mercedes and Manuel begin their love affair. Not surprisingly, more than one tragedy strikes the young couple; the worst of these events drives Mercedes from Colombia and her life with her father. She runs away to school in the United States and lives with her maternal grandparents. She reunites (somewhat) with her guarded and estranged mother, who has moved to Israel.

Mercedes goes on to earn a Ph.D. and becomes, for a short while, a correspondent for CNN on matters of Latin American drug trafficking. She falls in love. Eventually, she knows she needs to return to her birth country, to face her past, and to look, finally, for the whole truth of it.

Mercedes’ growth from spoiled girl to educated woman helps pull the reader into and through the story; it is what keeps you turning pages and discovering more. However, the story moves very quickly once Mercedes arrives in the United States. The first two-thirds of the novel cover less than a full year, the last third passes through 15 years. This odd balance makes the book fall somewhat short of its initial promise.

The pacing of the narrative is slightly unbalanced by the insertion of so much (not entirely necessary) research, so many summaries of familial and cultural histories, and so many secrets revealed through lengthy dialogue. It sometimes feels like there’s more story than book — the plot and subplots have to vie for space.

Because Juventud is at its best a love story between Mercedes and Manuel, Blakeslee has to navigate the language of romance and sex as well as that of history and politics. When these things work together, the writing is at its most interesting: “We made love on the couch, where countless volunteers had bickered over ideas and spilled Cokes and cried for their captive relatives; the cushions stung my knees.”

There is another love story here, too, the one between Mercedes and her father, Diego, the most complex and compelling character in these pages. Diego’s love for his daughter both protects and damages her, despite his best intentions. This is the relationship that most matters in Mercedes’ story, the one that drives the novel forward. It is potentially the most rewarding, as well.

By the end of Juventud, Mercedes has changed, Diego has changed, the politics have changed, Colombia has changed. But the place at which this story concludes — where these characters and this country come to rest — is built, like history, on shifting ground, powdery and soft.

The Angel of Losses: A Novel