Robert Langdon embarks on another quest — this time with a Divine Comedy flavor — to save the world. 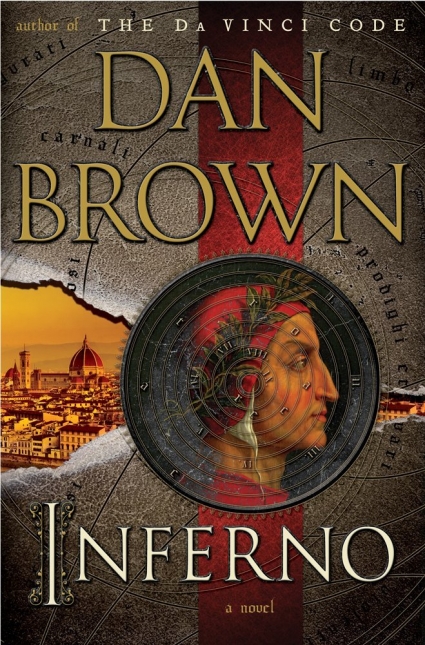 Robert Langdon, the Flat Stanley of American action heroes, has returned for another go in Dan Brown’s new novel, Inferno.

Actually, that’s not terribly fair to Stanley. He at least has two dimensions — that’s twice as many as Langdon.

For the uninitiated, Flat Stanley is a lad squashed by a household accident in a children’s book series by Jeff Brown. Stanley makes the most of his transformation; his flattened state allows him to slip under doors, soar like a kite and hitch rides in the mail while chasing art thieves and other bad guys.

American school kids tote paper cutouts of Stanley on vacation, dispatch him to foreign pen pals or give him to travelers who agree to take his picture, Gump-like, in meccas like the Louvre, the U.S. Capitol or the Vatican. He is a hardy character (our family’s Stanley survived the wash and spin cycles of a Kenmore machine) whose exploits make for edifying travelogues.

Like Stanley, Robert Langdon also chases thieves and villains through exotic, informative locales. And in both series, a reader gets some elementary schooling.

Brown knows how to move a story along, and I confess to having read all the Langdon books. So have 200 million other folks, while audiences worldwide have enjoyed watching Tom Hanks portray Langdon in the movie versions of The Da Vinci Code and Angels and Demons. Blockbusters, in the publishing industry, are not to be sneered at. I don’t know the math, but doubtless my contracts to write biographies for Doubleday are made possible, to no small degree, by Brown’s phenomenal success. May Dan Brown, J.K. Rowling, John Grisham and Erika Leonard live long and prosper.

Inferno is no Da Vinci Code, but it’s better than the disappointing The Lost Symbol, Brown’s last effort, a hyperventilation about the Masons set in Washington, D.C.

With Inferno, we’re back in the sensuous Mediterranean — mostly, in Florence. There’s a Malthusian villain, a secret society, and a stunning, brilliant and resourceful heroine. There is a passel of hidden doorways, perplexing clues, factoids about Dante, mysterious artifacts and plenty of artsy hugger-mugger to pass the time. The Catholic Church returns in a parenthetical appearance to take its usual flogging from Brown as a cause of worldwide misery.

There is a Lisbeth Salander character — a spike-haired motorcycle-riding assassin “with the intensity of a panther stalking its prey” who, it turns out, is pretty much superfluous. The big plot twist, when it comes, takes 22 pages to explain (“You gave me amnesia?”) and sails close to irrelevance. Brown’s no George V. Higgins when it comes to dialogue, or Agatha Christie in cleverness. His early chapters aren’t salted with the kind of sly hints and red herrings that, when he does reverse engines, make you slap your forehead and cry, “Damn!”

Most of all, Brown doesn’t do character. His books are video games, circa 1997. Langdon climbs and slithers though towers, into crypts, under water and down secret passageways like Lara Croft in an early version of Tomb Raider: giving chase, being chased, solving puzzles and dodging bullets. The pages turn and Langdon is frightened or astounded — but that’s about it. The range of his emotions runs from alpha to beta.

Video games are fun. So is Inferno. But at least Lara had her sexuality. And over the years, she evolved into a full red-blooded character with friends, a family and lovers. So did Indiana Jones. And Benjamin Gates.

Note to Dan: other treasure hunters love and lust.

After watching ol’ blasé Robert stroll away from Sophi Neveu and Vittoria Vetra — and an equally attractive and intriguing female character in Inferno — one wonders if Langdon, like the emasculated statues of nude males that populate the Vatican, has suffered some kind of psychological neutering (which might explain the Catholic thing) or arrested development (the Mickey Mouse watch.)

Heroes should be human. Even in thrillers. Their creators have allowed Sherlock Holmes, Jason Bourne, Jim Kirk, Bruce Wayne — even James Bond — to love and suffer, laugh and mourn, learn and weep.

Brown’s women, at least, are interesting. They have elaborate back stories, stand up to evil, display wisdom, strength and sorrow.

Not Robert Langdon. He is as dull, in the end, as his Harris Tweed jacket. And he grows not at all — if anything, he regresses — in Inferno.

John A. Farrell is the author of Clarence Darrow: Attorney for the Damned. He is working on a biography of Richard Nixon.