I Liked My Life: A Novel

How well do we really know our loved ones? 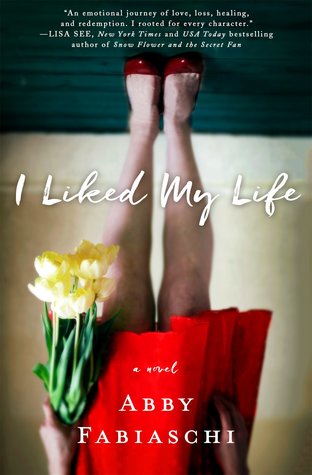 We meet the first narrator of I Liked My Life as she is choosing a new wife for her husband. Madeline is in this position because she is dead — watching her family from a place she suspects is like purgatory. Madeline vaguely says, “I put myself here.” Her daughter, Eve, the next narrator, tells us more bluntly that her mother jumped off a building.

From there, we are left to try to deduce what made Madeline do it. As the novel’s title indicates, the reason is not readily apparent; Madeline seemingly liked her life. The third narrator, Madeline’s husband, Brady, says, “I could watch the movie a thousand more times and still be shocked by the ending.”

Considering Madeline’s uncertainty about what will become of her and her family, she is relatively sanguine about her position in the great beyond.

“You would think intuitive faculties heighten after death, a sort of cosmic prize for crossing the finish line, but so far they have not,” Madeline muses in the first chapter. “The Last World sits unceremoniously like a movie screen below me. There’s no spirit offering guidance. I’m not gracefully soaring above in white satin gleaning insight on the existential questions that once kept me awake at night.”

Although Madeline says the Last World “haunts” her, she maintains a calm, wry, detached tone throughout the book. We are to understand this is not altogether different from how Madeline was in life: sarcastic, contemplative, and able to easily put into words the feelings that make other people frustrated and inarticulate.

After her sister, Meg, compiles a list of all the advice and favorite sayings she remembers from Madeline — to give to Eve — Madeline remembers having told Meg, “We’re given a gift of life with the consequence of death. I think it’d be a mistake to focus on the consequence instead of the gift.”

Meg considers this quality an older-sister trait — the “burden” of figuring everything out first. Others might instead see these things as evidence of an unusually grounded person. Which, of course, makes the central question of “why” more difficult to parse.

Brady and Eve largely focus their investigations on Madeline’s diary, which Brady reads while drinking bourbon each night and Eve steals to read surreptitiously during the day. In it, Madeline reveals frustration from feeling unappreciated and guilt relating to her own mother’s suicide. The diary appears to hold secrets that Madeline, a perfectionist homemaker and dedicated volunteer, guarded closely. However, the smoking gun remains elusive as each new theory Brady and Eve latch on to — an affair, a secret spiral into depression — becomes filled with holes.

Meanwhile, Madeline focuses much of her otherworldly energy on the aforementioned search for a new wife for Brady, who she believes will not do well without one. She settles on Rory, an elementary-school teacher in her 40s who, we find, has a tragic backstory of her own.

Rory seems like an impossibly kind person — endlessly able to absorb the stress and pain of others and give them back only support. This quality is tested by her brother, whom she occasionally snaps at when he claims he is unable to leave work and visit their dying mother.

She is, maybe, a little too harsh on him, but in the end it’s not really enough to humanize her or make her more three-dimensional. Madeline, at least, is dry and difficult to impress: She appears capable of hidden depths, a characteristic which helps keep the novel’s central mystery compelling. Rory does not, and it is hard to really root for such a convenient, thinly conceived character.

Madeline’s complex collection of motivations and her overall refusal to be easily analyzed prevent Brady and Eve’s obsessive search from feeling too circuitous. This is important, as the two spend much of the novel repeating themselves, going from feeling better to falling back into a black hole of grief — a cycle which is especially understandable given their total lack of warning that something was wrong with Madeline.

In fact, after a while, it is not Brady and Eve’s tendency to repeat themselves but Madeline’s continued coyness about the circumstances of her death that grates. The novel is long enough and Madeline is forthcoming enough as a character that her consistent silence about what really happened feels forced.

As Madeline remains stubbornly mute about the mystery throughout each successive chapter, the novel becomes more and more dependent on the strength of its ending. Madeline’s silence implies that what happened is important enough to save for last, leading readers to expect a plot twist. This leaves everything riding on the final chapter — and some readers may think the wait wasn’t worth it.

Despite this, I Liked My Life makes a strong case for thinking about how well we can really know anyone and, in doing so, offers an important reminder of how easily even our deepest convictions can be shaken.