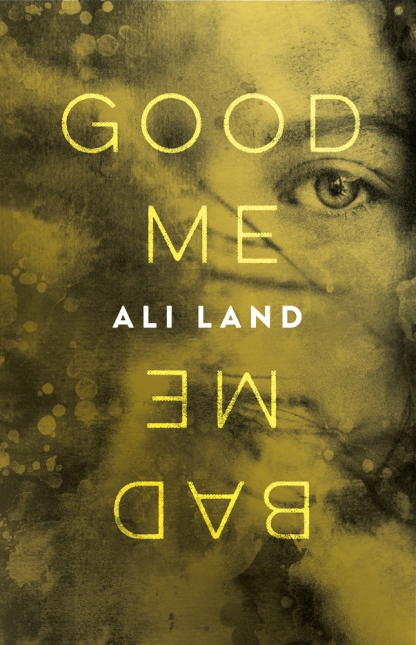 Readers searching for jump scares and a fast-paced horror novel will not find it Ali Land’s debut, Good Me Bad Me. Instead, this psychologically unnerving thriller works on a slow — and electrifying — burn.

The novel starts just after Annie has turned witness against her mother, a serial killer who has recently murdered her ninth victim. A nurse and single parent, Annie’s mother is seemingly kind and charming, able to get other moms at shelters where she volunteers to hand over their children. While the women believe their children are being sent from London to America to be adopted, Annie’s mother instead locks them in her house to torture and kill them.

As if that weren’t bad enough, her torture doesn’t stop with the stolen kids. She started abusing Annie sexually, physically, and emotionally at the age of 5. Now, under arrest because of that very daughter’s testimony, she’s awaiting trial.

Meanwhile, Annie, now a teenager, is placed in a foster home as she prepares to be the star witness in court. Given a new name, a new family, and a new school, Annie, now Milly, struggles with her guilt over not being able to save the children her mother murdered.

Desperate to be normal and fit into her new life, Milly attempts to erase memories of her mother, though she can’t quite eradicate all the seeds of loyalty to the woman who raised her, despite the abuse she endured. Her foster sister makes it more difficult for Milly as she bullies her at school and home.

As Milly works to overcome normal teenage problems, she must also deal with the stress of testifying against her mother. As the days to the trial slowly tick down, Milly fights with her inner demons and attempts to figure out how much like her mother she really is.

Land makes a bold and brilliant choice in this novel by leaving out key details. The readers are never allowed to read explicitly about the torture that Milly’s mother carried out on her victims, including on her daughter. The vagueness allows the reader to conjure up horrendous images.

Instead, the narrative focuses on Milly, creating an intensive point-of-view text that draws the readers deep into Milly’s thought process and her struggle to overcome the two sides of herself: good and bad, the part that’s too much like her mother and the part that wants desperately to be different.

Even when Milly is interacting with others, the text creates a sort of bubble atmosphere in which the readers seem to remain inside Milly’s head. In places, the author forgoes quotation marks so even other people’s speech is filtered through Milly.

This concentration on Milly allows Land to create tension and anxiety. While Milly’s thoughts are sometimes choppy toward the beginning of the novel, they become even choppier near the end as the plot races to its unsettling conclusion.

Furthermore, as readers delve into her mind, they encounter the same confusion Milly often wades through about whether her actions are good or bad. In one instance, she kills a bird because it is suffering. But what if she applies this same logic to humans? Unnervingly, readers will find themselves as torn as Milly.

However, as disturbing as Milly’s thought process is, Good Me Bad Me shows that one does not need to have a serial killer for a mother to be disturbed. Milly’s foster sister has an alarming cruel streak; her ability to charm and then manipulate people is reminiscent of Milly’s mother’s behavior.

In fact, none of the characters seem to be well adjusted, despite having far more advantages than Milly while growing up. As such, the shades of grey that Land creates within the text add an extra layer of eeriness to the novel; readers will have trouble deciding who’s good or bad, or if those labels even have any meaning.

An author’s background shouldn’t impact the success or failure of a book. In this particular case, however, Land’s expertise makes the entire novel — and the ending, in particular — even more unsettling. The back flap indicates that she has spent nearly 10 years as a child and adolescent mental-health nurse. While her background lends a sinister tinge to the story, the book shines on its own. It’s a slow descent into a terrifying discovery of self.