A revealing look at the flip-side of the "safari and wildlife" Kenya with which most Americans are familiar. 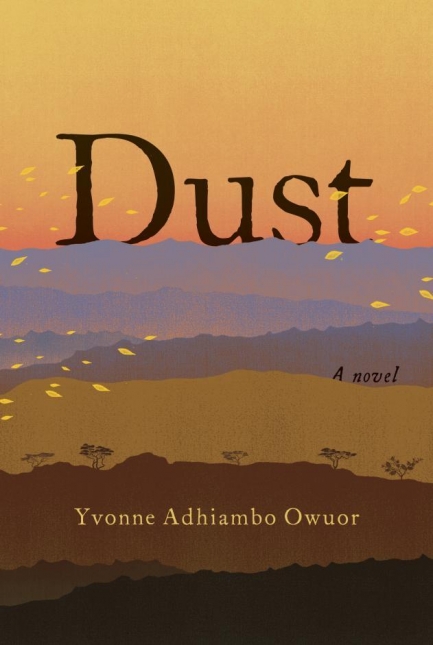 Dust opens in 2008 amid post-election violence, as Odidi Oganda is running from and eventually killed by the police. When his sister Adjani returns to her home village to join her father, Nyipir, in burying Odidi, her mother runs off for unknown territory — something she apparently does often. A British man named Isaiah Bolton arrives in the village to search for his own father. Before Isaiah can learn anything from Adjani or her father, Adjani departs, hoping to discover why her brother was killed. Added to the mix are Nyipir’s regrets about his past and the intertwined stories of a variety of other characters who are haunted by things they have done and seen—Galgalu, the family servant; Ali Dida Hada, assistant commissioner of police; Petrus Keah, a high-ranking police detective; Justine, Odidi’s pregnant girlfriend; and Seline Bolton, Isaiah’s mother.

At times the sizable cast becomes confusing, and so does the plot, which moves back and forth in time from pre-independence to 2008. The end of the book left me puzzled about many details, such as a violent incident between Adjani and her boyfriend that the author alludes to but never fully explains. A character who was with Odidi when he died tells Nyipir that his son had a message for him but we never learn what that message was. And I am still not sure I know the identity of Adjani’s and Isaiah’s real fathers.

The story is further obfuscated by Owuor’s style, which some might call prose poetry — rife with sentence fragments and short, cryptic sentences. This makes for lush, beautiful language but as a reader I was often left guessing what was actually happening. Take this excerpt for example:“Fireflies land on memories. Images. Baba coming home from secret journeys, bearing gifts of livestock and assorted weapons like a fourth magus. Ritual display of changes in gun sizes, shapes, and weights. Concealment before sales. Plots and plans….Silence’s oaths — slow-dripping venom and seductive promises of “memory loss” — the end of inconvenient secrets, the gift of power, as long as the oath was fed, in intermittent seasons, with spilled human blood.”

Or this:“The notes find and burrow into secret wounds of the hearers. Peel away scars. Goose bumps at Wuoth Ogik; even the livestock moan. Gut ache, heart murmur. Nyipir paces back and forth, a leopard caged. Paralysis starts with a popping stab in his right eye. More losing. He cannot move.”

Owuor’s style reminded me of a conversation I once had with a poet after she handed me a poem she thought was particularly good. “But what does it mean?”I asked after I read it. She posited that it didn’t have to mean anything, that reading poetry can either be approached at the literal level by focusing on the content, or on an emotional level where the reader simply experiences what it evokes in them. I wonder if this is what Owuor is hoping for, if she wants her readers to approach her work on a purely emotional level.

Owuor is equally oblique when referencing incidents across Kenya’s history. Even though these events are more than backdrop — are, in fact, central to the challenges her characters face in the novel — they are alluded to in cryptic terms rather than explained. If you’re not familiar with Kenyan history, you may find yourself putting down the book repeatedly to look up the details of events she references: the Mau Mau rebellion, the 1969 assassination of Tom Mboya, a 1998 bombing in Nairobi (she doesn’t specify the U.S. Embassy, though this is probably the one event that American readers will be likely to recognize), and Daniel arap Moi’s ascendency to power (she doesn’t provide his name, just states: “In 1978, a lean cattleman, an inarticulate teacher, took charge.”). And good luck Googling the civil conflict that takes up nearly a third of the book and is central to Nyipir’s, Ali Dida’s, and Petrus’ intertwined and anguished pasts: because it’s never named, I still don’t know what the conflict was about, where it took place, or how long it lasted.

That Owuor doesn’t provide readers with background on these events makes me wonder if her intended audience is the people who are the most familiar with Kenya’s history. If so, maybe her book is ultimately meant as a plea to her compatriots to look within, to ponder where their country has come from and where it is headed. For the rest of us, however, being left in the dark makes it difficult to have the emotional response that Owuor seems to havebeen seeking.

Susi Wyss is the author of The Civilized World, a book of fiction set across
Africa that was largely inspired by her 20-year career in international health.
In addition to receiving the Maria Thomas Fiction Award, The Civilized
World was named a “Book to Pick Up Now” by O,
the Oprah Magazine.

Guts, guns, and gangsters are all on display in this latest installment of the popular series.