Double Plays and Double Crosses: The Black Sox and Baseball in 1920 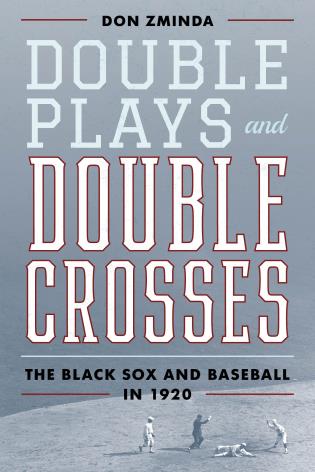 A century before baseball fans had Barry Bonds and Roger Clemens — stars whose reputations were sullied beyond repair, their chances for inclusion in the Hall of Fame dimmed by their suspected use of performance-enhancing drugs — to stew over, they had the Chicago Black Sox.

Or, at the very least, they had the story of the Black Sox scandal as it was fed to a thirsty public and passed down through generations: a group of gullible and underpaid baseball players seduced and coerced by nefarious gamblers into conspiring to throw the 1919 World Series.

From the start, that narrative had all the sappy sentimentality — and credibility — of a romance novel, starting with the scene of Joe Jackson, the brightest of the Chicago stars and one of the greatest hitters of his day, being tailed by a gaggle of young fans as he leaves the Cook County courthouse after testifying before a grand jury.

“Say it ain’t so, Joe,” one of the boys pleads, tugging at his fallen hero’s shirtsleeve, and our heartstrings.

That fable of baseball’s lost innocence is just one of the myths Don Zminda tees up and knocks out of the park in Double Plays and Double Crosses: The Black Sox and Baseball in 1920.

The ugly truth, it turns out, is that the ballplayers didn’t need to be corrupted. Most of them had been betting on baseball for years; a few had already colluded with teammates and opponents to fix the occasional game or pennant race. From there, it wasn’t much of a stretch for a gaggle of White Sox pitchers and position players to sign onto a scheme to throw the 1919 World Series, in which they were heavy favorites to dispatch the overmatched Cincinnati Reds.

That ground has been trod by generations of sportswriters, historians, and novelists, most famously in Eliot Asinof’s Eight Men Out and the 1988 movie of the same name.

Building on the work of his colleagues in the Society for American Baseball Research and his own research, Zminda gives us the backstory: A few White Sox stars had been manipulating games since 1917, when they won 100 games, the American League pennant, and the World Series. It was the start of what should’ve been a baseball dynasty.

But Zminda’s real focus is on the season following the tainted World Series. Shockingly (or maybe not so shockingly, considering the stakes for all parties), the eight suspected collaborators — Jackson, pitchers Eddie Cicotte and Lefty Williams, Chick Gandil, Buck Weaver, Happy Felsch, Swede Risberg, and Fred McMullin — are back with the Sox in 1920, when suspicion swirls daily around the team and distrust causes a schism between the suspected cheaters and the so-called “Clean Sox.”

You might think anyone clever enough to conjure a scheme to throw a World Series and then pull it off with the world watching — although not without some hair-pulling and the hint of a double cross — would’ve opted to play it straight the next year, at least until the heat died down.

But nobody said the cheaters were smart. These were the same geniuses who paid their gambling debts by check.

Zminda spells out in painstaking detail how the fixers revert to old habits, kicking away a game here and there while still being good enough to contend for another pennant until the final hours of the 1920 season, when much of the sporting public is distracted by the spectacle of Babe Ruth hitting a truckload of homers in his first season as a Yankee.

At the end of the day, there are no heroes in this story, just flawed humans. No neat storylines all wrapped up and tied with a bow, either.

White Sox owner Charles Comiskey wasn’t cheap, as has been alleged, at least not compared to his fellow owners. The White Sox carried one of the highest payrolls in either league. But when he gets the first whiff of scandal — and even after his own investigators confirm the worst — Comiskey’s impulse is to sweep the dirt under the rug. The same is true of baseball’s two league presidents.

In the end, of course, even after they’re eventually acquitted in a criminal trial, all eight of the suspected cheats are banned for life by a new baseball commissioner, Judge Kenesaw Mountain Landis.

But with so many plots, payoffs, second thoughts, and double crosses, with teammates and co-conspirators working at cross purposes depending on the day of the week, the story is, well, complicated. The more we know, the harder it is to sort out the weak from the truly villainous.

And spotting skullduggery on the baseball diamond in real time is close to impossible, even for sharp-eyed sportswriters and scouts forewarned to be on the lookout for anything suspicious.

Was that a bad hop or an infielder subtly turning his glove away at the last second? When one of baseball’s best pitchers suffers a sudden spate of wildness, is it a sign the fix is in, or is the hurler’s chronic tendonitis acting up again?

It seems chicanery, like beauty, is often in the eye of the beholder. Or, as Happy Felsch told Eliot Asinof in Eight Men Out, “Playing rotten, it ain’t that hard to do, once you get the hang of it.”

Jay Price, a longtime sportswriter and columnist for the Staten Island Advance, is retired and living in Manasquan, NJ, where he coaches high school football.