Family drama is portrayed to magnetic effect in this outstanding debut. 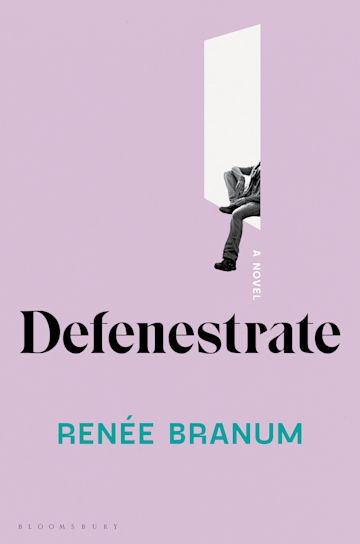 Defenestrate, the debut novel from Renée Branum, tells a story about family (and the secrets they keep), falling (in ways both scary and exhilarating), and history (whose impact on the present is inescapable). It also manages to strike a difficult balance, bringing excitement to topics that otherwise might tend toward more sober introspection.

Marta and her twin brother, Nick, are victims of the past — their family suffers from a “falling curse” that haunts them on many levels. The curse is believed to have begun when their great-great-grandfather pushed a gypsy stonemason from the window of a cathedral. The stonemason had seduced the man’s daughter, and either instinctually or with forethought, the man exacted his revenge.

Generations later, the curse continues, with Marta and Nick falling physically (including a devastating tumble for Nick) and spiritually (manifested by Marta’s growing dependence on alcohol). Branum paints a grimly realistic picture of a family in conflict. The twins’ overly religious mother rejects Nick for his homosexuality and drives the siblings away to Europe. Yet Nick and his mother share a relationship at once symbiotic and toxic. It is an unfortunate but common story.

Nick and Marta’s own closeness obscures a second division. The two make Prague their own, reveling in their youth and freedom, each stumbling toward — and falling victim to — their own demons and indulgences. Nick's reckless cruising for men concerns Marta just as much as her drinking worries him. He frequently comes home well into the next day, bearing fresh bruises from abusive pick-ups. She is no stranger to local drinking establishments, often imbibing to excess while sitting alone at the bar.

And yet they don’t really talk about their addictions with each other, preferring to use their mother as an intermediary. Indeed, a key plot point revolves around a letter that may reveal one twin’s concern for the other, but which is interpreted as a betrayal.

Their mother’s religious fervor is central to the story. She is haunted not just by her family’s past, but by a faith that drives a wedge between her and her son, whose sexuality she sees as an abomination. But is her devoutness as much of an opiate for her as is sex for Nick and booze for Marta? Perhaps. (It would be easy to render the mother’s religiosity as caricature. It’s to Branum’s credit that it is instead presented as just one more thing contributing to the domestic drama.)

Like the falling hex, Marta’s incipient alcoholism is shown to be a family curse; an old injury suffered by Marta’s mother was caused by her drunken father’s abuse. Marta makes the drinking burden her own, however. In a twist, it is that burden which ultimately brings mother and son together in a shared concern for Marta’s wellbeing.

An important question arises in the book: Is it a curse for a family to be too close, or is the danger in not being close enough? Branum encourages us to consider the pitfalls of the former while revealing the consequences of the latter.

What is most noteworthy about Defenestrate is how the author threads the theme of falling all through the narrative. Scenes unfold and then recur, looping back on themselves. It can be challenging to recall exactly where you — and the characters — are sometimes, but it’s worth the effort to follow along.

As a first novel, Defenestrate is impressively powerful. On page after page, Renée Branum manages to entwine the tall tales that shape all families with the real-world fallout those tales can cause. She also does a masterful job of rendering the sensation of falling, of spiraling in the air. The effect, like the novel itself, is spellbinding.