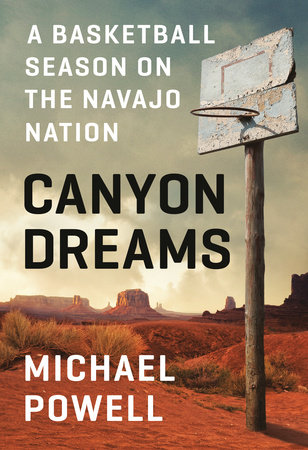 Here, at last, is a dollop of comfort — albeit of the misery-loves-company variety — for all those high school coaches who feel as if they’re working at cross purposes with a generation of helicopter parents chasing college scholarships for their kids: politicking for playing time and determined to bulldoze any obstacle or, God forbid, hint of adversity, out of their child’s path.

Turns out, the parental crazy gene isn’t confined to the tony suburbs of California or Connecticut, where a gaggle of celebrities and other rich folks have recently been in the news — and in court — for their involvement in a bribery scheme designed to slip their progeny into some of the country’s elite universities under the guise of being student-athletes.

It’s not confined to the boomtowns of the West Texas oilfields, either, the setting for Friday Night Lights, Buzz Bissinger’s seminal look at the glories and pitfalls of “big-time” high school football, a designation that in a more innocent time might’ve been considered an oxymoron.

Nope, the external pressures on young athletes and the men who coach them can be just as intense — or more intense — amid the stark beauty and crushing poverty of Navajo Nation, a Native-American reservation almost twice the size of Vermont and as far from the world of travel teams, personal coaches, and street agents as a hoops pilgrim can get.

William Powell, a New York Times columnist, was first introduced to reservation life — and to “Rez ball,” the turbo-charged version of basketball favored by generations of Native Americans that renders NBA offenses pedestrian by comparison — during his wife’s tour as a midwife for the government-run Indian Health Service.

Decades later, Powell finds himself deployed to Phoenix in the run-up to the human carnival known as Super Bowl Week. Desperate to escape the predicable hype and commercial excess surrounding the Big Game, he telephones an old acquaintance to ask when might be a good time to take in a high school game on the reservation.

The question is greeted with laughter. “Every night,” his contact says. And Powell, whose kit bag of analogies is always packed and ready to go, splits town “like a con on the lam.”

He winds up in Chinle, Arizona, a town without sufficient disposable income to support a movie theater or bowling alley, where the Chinle High School Wildcats — most of them built more for cross-country running, the Navajos’ other sporting passion, than for basketball — routinely fill an arena that seats 7,000, more than the population of the town.

Here, he meets Raul Mendoza, a grizzled veteran of coaching jobs in a half-dozen reservation and border towns, where his decades of experience and 700 victories might buy him a week’s worth of patience from his players and their extended families.

Over the arc of a season, Powell shadows Mendoza and his charges, some of them from homes (trailers, mostly) with a battered hoop alongside the red-dirt driveway, but no reliable source of heat, running water, sewage, or electricity. Canyon Dreams is the result.

The kids harbor the hopes and insecurities of teenagers everywhere, in a place where poverty, alcohol, drugs, and suicide have touched every extended family. Always, it seems, there is the push and pull of the “old ways” of the life they know, and notions of a different kind of life away from the reservation; a prospect that, for young and old alike, is at once a dream and a nightmare.

Among the Navajo, the clan — bound by blood and marriage — is the central unit of daily life, and in this hoops-centric environment, aunties, uncles, distant cousins, and great-grandmothers all have a stake in the team’s success and hold themselves as oracles of basketball wisdom. Or, at least, the sure knowledge that their son or grandson or nephew is bound to make the clan proud, if some dumb coach doesn’t get in the way.

Mendoza, who’s been around the block and back again, is steeled to the noise and not easily distracted from his quest to see the game played the “right” way; he’s loath to rip away his players’ default style of run-and-gun but determined to see the up-and-down of Rez ball wedded to a higher basketball intelligence.

He takes the heat — “Why is our son not playing?” — and in-your-face finger-wagging, sometimes driving an hour through the high-desert night to the homes of his fiercest critics (the better to deflect the incoming fire before it cripples his teen charges, who feel the weight of all those expectations).

The Wildcats’ season, like a trip through the canyonlands, is one of exhilarating heights and sudden descents, conflicting loyalties and emotions. When it ends, the ache of sudden loss is soon replaced by a fresh set of anxieties.

But the story of the Chinle valedictorian — who has to lug his laptop to the Burger King where he works (because his trailer home lacks anything resembling an internet connection) to learn he’s been accepted at Harvard — is confirmation that, even on the Rez, especially there, dreams are worth nurturing.

Jay Price, a longtime columnist for the Staten Island Advance, is the author of Thanksgiving 1959: When One Corner of New York City Was Still Part of Small-Town America, and High School Footbball Was the Last Thing Guys Did For Love. He lives and coaches high school football in Manasquan, NJ.

The Columnist: Leaks, Lies, and Libel in Drew Pearson’s Washington