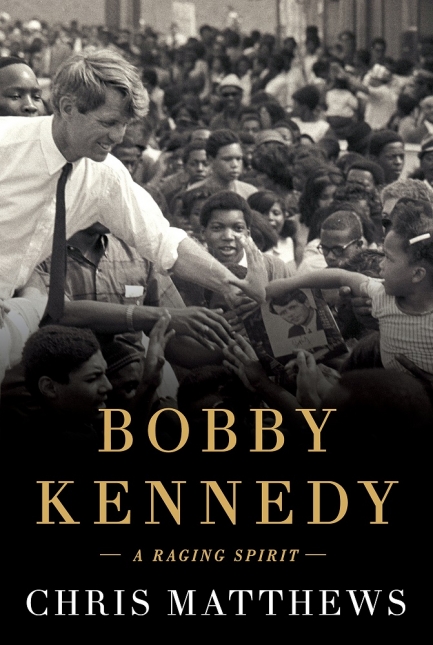 The New Year will bring the 50th anniversary of Robert F. Kennedy’s 1968 assassination, a year marred by social and political turmoil, rank hatreds and division, and violence unmatched in U.S. history since the days of the Civil War.

It was the year in which the North Vietnamese broke America’s will in Southeast Asia; Lyndon Johnson’s presidency crumbled; Martin Luther King was murdered; George Wallace ran a disturbingly effective racist campaign; and the Democratic Party ripped itself apart at its riot-torn national convention in Chicago.

Amid all this, on June 4th, the third Kennedy brother to be killed in public service was gunned down in the kitchen of a Los Angeles hotel, having just won the California primary with his family’s archetypical mix of cold reckoning, liberal sentiment, and hot popular appeal.

Could Kennedy have gone on to win the nomination and defeat Richard Nixon in the fall election? Would he have ended the war in Vietnam on less catastrophic terms? Might the appeal he demonstrated in his 90-day campaign, to both white working-class and the nation’s minorities, have united the nation?

Most political history, written with hindsight, says no. What followed Robert Kennedy’s death — Nixon’s election, disaster in Vietnam and Cambodia, Watergate, and the faith-shattering revelations of the other Cold War transgressions of the U.S. government — now seems inevitable.

In some of those offenses — the bugging of Martin Luther King, the expansion of the war in Vietnam, and the CIA murder plots against Fidel Castro — President John F. Kennedy and Attorney General Robert Kennedy were participants. It is hard to imagine a Kennedy restoration as some sort of second Camelot, spared of these scandalous revelations.

Yet the story of how Robert Kennedy was transformed in the five years after his brother was murdered in Dallas — from “ruthless” political tactician to a more vulnerable, caring champion of the dispossessed — is so tantalizing, and appealing that we want to believe in it. It has captivated authors like David Halberstam, Theodore White, Jack Newfield, and Jules Witcover, who knew RFK and witnessed that last campaign, and inspired some of their best work.

Kennedy’s journey took him to Indian reservations, to apartheid South Africa, to the slums of Bedford-Stuyvesant, to the field-workers’ movement in California, and to the heart-wrenching poverty of the Mississippi Delta. At each stop, he listened, and learned, and appeared to grow, in intellectual depth and in focused and fierce commitment, as we watched.

In Bobby Kennedy: A Raging Spirit, Chris Matthews offers the story of Kennedy’s life as a hopeful parable for our ugly times. It is “about the Bobby Kennedy we’d want to have today, the kind of leader we lack today,” writes Matthews. Don’t expect a dispassionate disquisition. His aim is “to honor [Kennedy’s] life in politics, to mark the half century of his loss and the hope that our county can find its way back to the patriotic unity he championed.”

Matthews is a journalist of under-appreciated gifts and passion. He was a man of words — presidential speechwriter, candidate for Congress, newspaper columnist, influential adviser to a speaker of the house, and bestselling author — before he became a cable TV host. His nightly MSNBC news and talk show is named after his first book: Hardball: How Politics Is Played, Told by One Who Knows the Game.

Hardball was published in 1988, a fruit of Matthews’ after-hours scribbling into journals about the lessons he learned helping Democratic Speaker Thomas P. “Tip” O’Neill square off against the equally formidable Republican president Ronald Reagan in the early 1980s.

That makes Matthews a writer who turned to television (“Hardball,” the television show, debuted a decade later) and not — like Dan Rather (The Palace Guard), Tom Brokaw (The Greatest Generation), or Bill O’Reilly (Killing Lincoln) — a TV personality whose literary efforts capitalize on existing fame.

Some of Matthews’ books (Life’s A Campaign: What Politics Has Taught Me About Friendship, Rivalry, Reputation, and Success) are disposable reads that fit well on the business or politics shelves at airport bookstores. In others, however, he has invested time, style, and scholarship.

I would give modest odds, based on the quality of his books, about the intriguing relationship between John F. Kennedy and Richard Nixon (Kennedy & Nixon: The Rivalry that Shaped Postwar America); the Reagan-O’Neill wars (Tip and the Gipper: When Politics Worked); and especially his biography of JFK (Jack Kennedy: Elusive Hero), that had Matthews not been drawn to TV commentary, and devoted his time to writing, he may well have emerged as a popular historian, akin to Halberstam, White, or perhaps David McCullough.

His new book suffers, inevitably, from its competition. There are three terrific biographies of Robert Kennedy, by Arthur Schlesinger (which won the National Book Award), Evan Thomas, and, last year, by Larry Tye. All were prodigious feats of research and writing, based on years in the stacks and hundreds of interviews.

Bobby Kennedy: A Raging Spirit is not in their weight class. At a bit more than 340 pages, the Matthews take on RFK reminds one of an entry in “The American President Series,” in which historians, journalists, and the odd politician have been enlisted to write brief biographies of the chief executives, with the avowed aim of being “compact enough for the busy reader, lucid enough for the scholar.”

Within Matthews’ take on Robert Kennedy are veins of personal reminiscence, of what it was like to be a Catholic kid, attending Holy Cross, inspired by the New Frontier, joining the Peace Corps, in the tumultuous Sixties.

But Matthews knows his stuff, and his man. He keeps the personal to a minimum and the spotlight on Kennedy, whose remarkable odyssey proved that the hopes of the era were realistic, and its dreams perhaps achievable if, tragically, never realized.

John A. Farrell is the author of biographies of Tip O’Neill and Clarence Darrow and, most recently, Richard Nixon: The Life.

How the iconoclastic writer came to embody his alter-ego.