At 76, the author is still tilting at the windmills of institutional power. 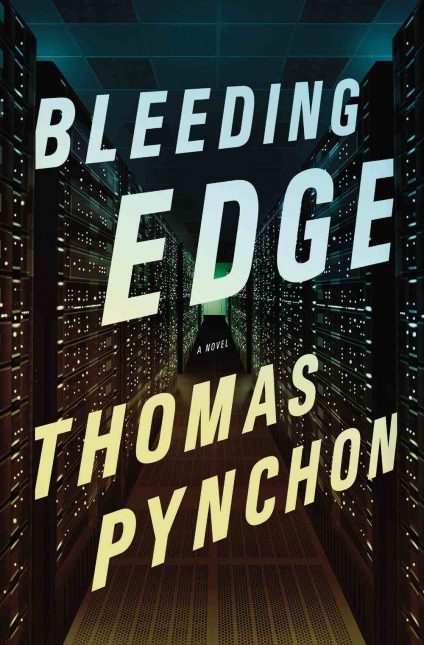 At the apex of the Global War on Terror, an aide to President George W. Bush used words as cold as icicles to signal his perfidious attitude toward the footings of democracy. The dupes in the “reality-based community” cling to a myth that the study of “discernible” facts can yield collaborative solutions, he said. But “that’s not the way the world works anymore.”

“We’re an empire now, and when we act, we create our own reality,” the unidentified adviser said. “While you’re studying that reality…we’ll act again, creating other new realities, which you can study too, and that’s how things will sort out. We’re history’s actors … and you, all of you, will be left to just study what we do.”

Well, as George Will might put it. There’s a gauntlet at the feet, a glove-smack to the puss of all freedom-loving bards, libertarians, whistle-blowers, hacker heroes and — yes, still kicking, raging and relevant — a Great American Novelist like Thomas Pynchon, who assails that sort of imperious conceit in Bleeding Edge, his new novel.

No matter that, deep down in his beatnik prankster paranoiac soul, Pynchon may believe it’s all a lost cause; that mankind’s organizing institutions — economies, nation-states, corporations, war machines — inevitably beat down or subsume the individual, and that empires can indeed amend the real. In Bleeding Edge he saddles Rocinante, and if his lance is not so sharp, nor his back so strong at the age of 76, few windmills emerge unscathed.

The story plays out in New York City, in the seminal year of 2001. Here are the Snowdens of yesteryear, a motley gang of program-writing geeks, online gamesters, nerds and cyberpunks — some barely graduated from Pokémon and pajamas — rambling about town, confronting realities like Wall Street investment banks, the Patriot and the Espionage acts, and the vapid (Defending Our Nation. Securing the Future) big brothering of the NSA. The intoxicating rush of the dot-com boom has gone bust, and its refugees watch in dismay as the Internet — and its liberating potential — is bent to the aims of corporate-military capitalists, who may (or may not) be exploiting  — maybe instigating? — an “endless Orwellian war” for their own villainous purposes, the Global War on Terror.

“We’re being played … and the game is fixed, and it won’t
end until the Internet – the real one, the dream, the promise – is destroyed,”
says one Eric Outfield, geek. Unless, “could be there’s enough good hackers
around interested in fighting back. Outlaws who’ll work for free, show no mercy
for anybody who tries to use the Net for evil purposes.”

“Anybody” would be the villainous Gabriel Ice, the filthy-rich owner of hashslingerz, a dot-com firm with vague and shady ties to certain federal security agencies and a Middle East hawala, headquartered in Dubai, run by Islamic (or are they?) jihadists.

Pynchon’s braveheart is Maxine Tarnow, a defrocked fraud investigator “gone rogue.” The lovely Maxi (a Rachel Weisz lookalike, Pynchon tells us, but I’d cast my homegirl Tina Fey for the movie) totes a Beretta in her purse and spends her days getting pizza for her boys Ziggy and Otis, tailing and nailing embezzlers, crooning karaoke with the dot com-clowns, bedeviling the evil Ice and taking advantage of the occasional side action. Down such mean streets a gal must go.

In her “dowsing” for the truth, Maxi gets assists from Lester Traipse, a Web entrepreneur who supplies the requisite corpse for the party, and Reg Despard, a video auteur with a DVD that may or may not show that the government had foreknowledge of the 9/11 attacks. Helping, too, are March Kelleher, an old lefty agitator; assorted code monkeys and “cyberflaneurs; third-wave feminists and Russian hoods; and — in his own twisted way — Nick Windust, a federal agent who began his career as an “entry-level wise ass” but has long since crossed from American Boy to the dark side of the force, and knows far too much ever to hope for graceful retirement.

“Whoever `they’ are, she needs to believe they are far worse
than anything Windust became later on, working for them,” Maxi decides. “They
found his careless gift of boy’s cruelty and developed it, deployed and used
it, by tiny increments, till one day he was a professional sadist with a
GS-1800-series job and no regrets.”

This is the year 2001. Do not think that, when Maxi’s ex-husband Horst rents an office on “the hundred-and-something floor of the World Trade Center,” and takes their boys to lunch at Windows on the World, that you won’t feel the ice pick brush your C-4 disk. “Seems kind of flimsy up here” to Ziggy. “Nah …built like a battleship.” That lunch takes place on Page 95, and from then the foreshadowing, the sense of sadness, drifts like the smudge of Ground Zero through what follows. We slip from “Hellzapoppin’” to “Slaughterhouse Five.” And if you think it all ends happy, as they say on TV, you haven’t been paying attention.

“That was the moment, Maxi. Not when ‘everything changed.’ When everything was
revealed. No grand Zen illumination, but a rush of blackness and death. Showing
us exactly what we’ve become, what we’ve been all the time.”

“Is living on borrowed time. Getting away cheap. Never caring about who’s
paying for it, who’s starving somewhere else all jammed together so we can have
cheap food, a house, a yard in the burbs … planetwide, more every day, the
payback keeps gathering.”“And meantime the only help we get from the media is boo hoo the innocent
dead. Boo fucking hoo. You know what? All the dead are innocent. There’s no
uninnocent dead.”

Pynchon has more going here than skewering history’s actors. Prepare to be surprised, and affected, by for whom the bell tolls. He is a literary artist of subtlety and grace — amid bedlam, doggerel and puns. (At one point, Maxi goes undercover as a pole dancer at a strip club called Joie de Beavre.) Not unlike, say, Harpo and the boys, Pynchon seasons the japes with sweet-bitter melodies — of lost boys and vanishing innocence; of the love of loved and loving women; of the daze of sensation, the addictions of distractions; the perils of manhood and the hopelessness of time.

The novel ends as it begins, in spring.

“They ascend to the street, where once again, overnight, all together, pear
trees have exploded into bloom…The brightness in the street is from flowers on
trees whose shadows are texturing the sidewalks. It’s their moment, the year’s
great pivot, it’ll last for a few days, then all collect in the gutters. …

The boys have been waiting for her…folded in just this precarious light, ready
to step out into their peaceable city, still safe from the spiders and bots
that one day soon will be coming for it. …

But she waits in the doorway as they go on down the hall. Neither looks back.
She can watch them into the elevator at least.”

Bleeding Edge falls in line somewhere behind V. and Vineland in the Pynchon canon, two more or less reality-based novels with which it shares a passing resemblance. It’s no giddy skyrocket like Gravity’s Rainbow, nor as rich as any of these three masterworks. Read it to laugh, and maybe to mourn. Know it, though, as a kind of coda.

There once was a time, here in my land and your land, when artists accepted an obligation — when foulmouthed comedians, subversive directors, raging rock poets and, yes, great profane novelists took on the challenge of chastening history’s actors, and persuading America to redeem its promise. Or at least trying. Most of Pynchon’s running mates — Vonnegut, Heller, Kesey and the rest — are gone. The audacity of others has been stilled by age, muted in the academy, or rendered speechless by the Crisis. Afloat on “the soft and the dirge-like main,” Pynchon almost alone has escaped to tell us.

John A. Farrell is the author of Clarence Darrow: Attorney for the Damned. He is working on a biography of Richard Nixon.