This moving meditation on gender, religion, and culture is overwhelmed by bloated magical realism. 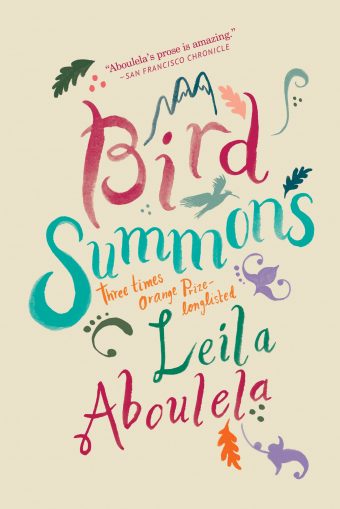 Leila Aboulela’s fifth novel, Bird Summons, tells the story of three Muslim women on a road trip in the Scottish Highlands. It weaves together elements of the traditional pilgrimage narrative with a realistic account of the challenges of contemporary life, creating a fascinating if not entirely successful amalgamation in which characters worry about cellphone service in one scene and are visited by a magical bird in the next.

Its ambition is laudatory, its execution less so.

The women — Salma, Iman, and Moni, all members of the Arabic Speaking Muslim Women’s Group — set out on holiday, leaving behind their families to visit the grave of Lady Evelyn Cobbold, a convert to Islam and the first British woman to go on a pilgrimage to Mecca. Cobbold penned a memoir, Pilgrimage to Mecca, which Aboulela quotes — and, indeed, the details of Cobbold’s life are among the most interesting parts of the novel.

For the three women — and especially for Salma, the eldest and leader — Lady Evelyn is a role model and trailblazer: a woman who figured out how to be both Muslim and Scottish at the same time. Much of the novel focuses on the intersections of religion, culture, and gender, as well as on the complexity of forging a multilingual, multicultural identity in today’s world.

When first trying to convince members of the Women’s Group to join her on the journey, Salma explains:

“Lady Evelyn was a woman like us, a wife and a grandmother. She worshipped as we worshipped, though she kept her own culture, wore Edwardian fashion, shot deer and left instructions for bagpipes to be played at her funeral. She is the mother of Scottish Islam and we need her as our role model.”

The guiding question of Aboulela’s novel certainly might be: How can a woman be more than one thing at the same time?

The women who undertake the trip ask and answer this question in different ways as they face varying crises in their marriages. Salma gave up her career as a doctor in Egypt to forge a life with her Scottish husband, David, a convert to Islam. The only one of the three with a Scottish spouse, Salma struggles to remain relevant in her four children’s lives. Sometimes, in her English-speaking household, she feels that “she was the outsider, the foreign wife, and they were one unit.”

During the journey, Salma carries on an online flirtation with Amir, an old love who recently resurfaced on social media. Now a successful surgeon, Amir reminds her of the high price her marriage has exacted: “She had paid with her home country and medical degree. Her position in the world.”

Iman, the youngest member of the trio, is on her third marriage, though she is treated as a child by the domineering and motherly Salma. A native of war-torn Syria, she was first married off at 15. Now both a widow and a divorcee, Iman struggles to forge an independent identity: “Growing up in a family in which her opinion never mattered, she found that her thoughts only developed up to a certain point before the argument aborted or disintegrated.”

Based on her experiences with three different husbands, Iman keeps returning to the same question: “To what extent is marriage religiously sanctioned prostitution?” Over the course of the novel, she undergoes a dramatic transformation, realizing she must forge a path away from her dependence on men and Salma.

The central preoccupation of Moni’s life is her severely disabled son, Adam. She has sacrificed her banking career to devote herself entirely to his care, to the detriment of her wellbeing and marriage. “Since the birth of Adam, her self-esteem had hit rock bottom and never recovered. She no longer considered herself attractive or even thought of herself as feminine.”

Moni’s husband, living and working in Saudi Arabia, increasingly pressures her to join him there. Moni, however, believes that Adam can get better care in Scotland and resists his pleas, even though, as Iman points out, Moni is defying the stricture to obey her husband. Moni lays out her position: “She explained that ‘obedience’ was not a blind imperative; it was an acknowledgment of leadership, but still leadership could be challenged and interrogated.”

It is against the backdrop of these personal dramas that the women’s holiday unfolds. The entire concept of “holiday” is British and self-indulgent, Salma believes:

“Needing a holiday. Going on holiday. All of these were expressions she had learnt…over the years. The sense of entitlement. And now extending it to her two friends, who on their own would not have gone on any holiday and did not believe that they even needed a holiday without family members, especially without men. Serving our children, our husbands, our parents — that’s how our lives revolve.”

The holiday, then, gives the women space for self-reflection, an opportunity to transform themselves. As they find out much later, however, “Every holiday was a threat.”

The threat emerges most fully in the final fifth of the book, when the women enter extended dream visions during which their inner struggles physically manifest. Salma, for example, runs through the forest, pursuing a jogger whom she believes to be Amir.

Moni finds herself utterly dwarfed by a ballooning boy who outgrows the women’s rented cottage. And Iman, who has had repeated visions of the Hoopoe — a bird that was King Solomon’s special messenger in the Koran — sheds her human form for an animal’s. The Hoopoe, which tells Iman countless stories, is perhaps the most interesting figure in this dreamscape. Similar to Lady Evelyn, it is an amalgamation of cultures, weaving tales with both Muslim and Scottish origins.

This crescendo drags on for too long, however, nearly completely subsuming the interesting narratives of the women’s real lives that Aboulela has so carefully constructed. The symbolism of the visions is blatant and moralistic, and readers may well find themselves impatient to surface from this world and witness the women return from holiday utterly transformed — or at least somewhat changed.

While the narrative does lead where it promised — to Lady Evelyn’s grave — the bloated dream sequence permanently distances readers from the heart of the novel: the day-to-day lives and struggles of three dynamic women.