Belle o’ the Waters: A Novel 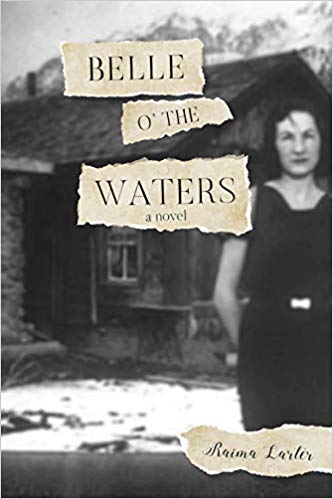 On her 14th birthday, Belle Waters is considered marriable to any man, including the elderly Brigham Young. She’d be just one of his growing collection of brides that would eventually total 55. By church doctrine, Belle, in puberty, is fit to bear the Mormon prophet’s children via a practice that encourages men to sow their seed among many women, thereby creating polygamous families of sister-wives who populate the pioneer landscape.

Thus, suitors — no matter their age or financial means — call on Belle, who is terrified.

Historical events in Belle o’ the Waters change the course of the girl’s life: Her father, Erastus, is ordered by Young to become the bishop of a remote fort; a federal militia arrives to forcibly remove Young; 120 emigrants on a wagon train traveling through Utah are murdered; and an earthquake erupts in the Midwest, an area prone to shifts in the earth’s tectonic plates.

Belle’s family, which includes her father, his five wives, and assorted children, leaves Salt Lake City and crosses dry flatlands containing nothing but an occasional Paiute Indian, scraggly sagebrush, and sparse cottonwoods. They traipse through the Black Rock Desert and into the Wasatch Mountains looking for water and a place to rest.

They are joined by other settlers, including a vagabond prospector/doctor and a group of non-Mormon men, one of whom becomes a youthful love interest for Belle, who is suitably attracted to him. But Erastus is enraged. A true believer in polygamy, he interprets Scripture as giving him permission for incestuous relations with his daughter, a mindset Belle refutes and rebuffs.

Raima Larter’s debut novel, covering the years 1847 to 1900, is an ambitious and complicated story of pioneers, pre-Civil War tensions, the early Mormon church, religious persecution, and extremism. It is also the story of women trapped in philosophical chains, subject to cult-like beliefs and the autocratic rule of a man over his household.

Privy to the thoughts of Mary Caroline after the death of a baby during their grueling travels, the reader feels her anger toward Brother Brigham, who’d ordered them west:

“It was all that man’s fault. That hateful man, the one who led them into the wilderness, ill-equipped for such a treacherous journey. He never thought anything through, never considered how his own desires affected others, like innocent babies and women who were too trusting. Erastus had never seen it that way, of course, and proceeded to heap insult on top of the folly that was Brother Brigham’s ‘prophecies’ by enthusiastically following his orders to take more wives.”

Ultimately, the plot threads come together, although the author’s progress in interweaving the lives of multiple characters leaves the reader, at times, confused. A map of the Waters’ trek would’ve helped, as would a chronology of the wagon-train murders, aka the Mountain Meadows Massacre — a key plot element — in southern Utah, and a family tree connecting all the women and children. Finally, there are redundancies of phrasing (“her stomach clenched,” for example) that deserve editing.

Still, readers will find in this novel descriptions of the Midwest as striking as the land itself. The fanaticism of the deranged Erastus is also well established, as is the tyranny exercised over those misled by religious dogma. Despite its flaws, Bell o’ the Waters is a moving account of mid-19th-century Mormons struggling to find their way.

Janet A. Martin is a journalist whose career experience includes national magazines and television scripts for PBS and CNN. She is the author of a seasonal fable, The Christmas Swap, and is in the finishing stages of a work of historical fiction set in 1960s Atlanta about four girls coming of age.