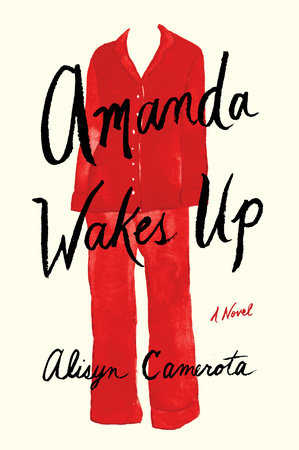 Usually when a reviewer uses the phrase “fun read,” it’s a polite euphemism for a book you’d more than likely toss in a beach bag or leave on an airplane. And while you may do just that with Alisyn Camerota’s Amanda Wakes Up (because it is super fun to read), her debut novel is also a juicy tutorial in political scandal, vocational backstabbing, and Faustian-level soul-selling.

In other words: morning news television.

From the school of Write What You Know, Camerota, co-anchor of CNN’s “New Day” and former cohost of “FOX + Friends Weekend,” takes the reader inside the world of broadcast news in the same way that ex-Voguer Lauren Weisberger exposed the cruel Wintour-eque landscape of fashion magazines in The Devil Wears Prada and former attorney John Grisham turns dry legalese into courtroom thrillers.

Camerota’s protagonist (and, based on the physical descriptions, perhaps alter-ego) is Amanda Gallo, a slightly discombobulated reporter on local news. When she’s first on the scene to report on a hostage situation, her quick-thinking willingness to show up at the standoff pants-less (this will all make sense) and emotional on-air delivery gain her the anchor slot at a new cable network called FAIR News.

At first, Amanda thinks she’s finally hit the big leagues — with a staggering salary, abundant clothing allowance, and a sexy co-anchor providing enough banter for a Hepburn and Tracy movie. She soon discovers, however, that FAIR News is anything but.

The book follows Amanda as she attempts to “see both sides” of a presidential race between a former television personality turned GOP nominee and a female candidate who may be more ethical, experienced, and intelligent but who lacks the blowhard gene. In the end, of course, ratings trump integrity.

There are existential crises galore here: blind ambition versus doing what’s right; choosing safety or making a break; dangling a shoe or not (again, this will make sense). Everything plays out against the expected backdrop of a sassy and successful BFF, an earnest and slightly nerdy BF, and a cast of blue-collar-with-hearts-of-gold cameramen aiding their Cinderella like a bunch of dressmaking mice.

It’s all in good fun, with plenty of campy newspeak. “Gabe doesn’t go to mass shootings anymore unless the body count is more than ten,” says Amanda’s friend, referring to a Matt Lauer-esque news anchor.

But in light of the recent real-life massacres at the Pulse nightclub in Orlando and Emanuel Baptist Church in Charleston (to name just two), it feels too soon for this brand of newsroom gallows humor

At times, it does seem like Camerota must’ve written her book while staring into a crystal ball; for many readers, the similarities between fictional corruption and the current administration may make the experience less “summer escapism” and more “gut-punching reality check.” In any case, it will be hard to watch “Good Morning America” again without imagining what’s really going on behind the scenes.