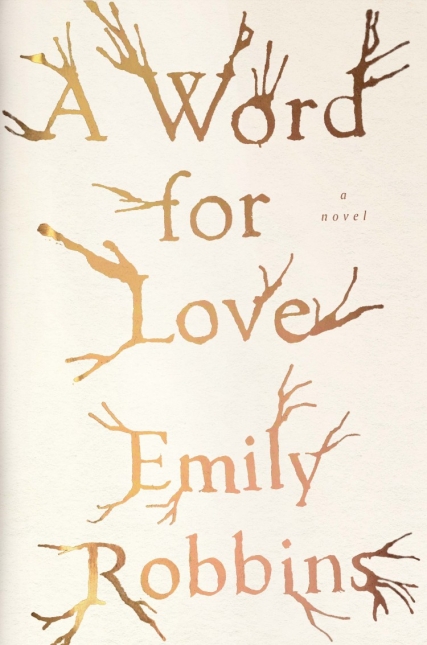 Emily Robbins' A Word for Love is a beautifully crafted story of a young American's quest to master Arabic and "grow a larger heart." Her poetic style plunges the reader into the scene, her tone reminiscent of Camus in its intimate yet strangely anonymous representation of the relationship of host and guest, insider and outsider, in an unnamed country that occupies its neighbor.

As a 20-year-old student, Bea adores the precision of the Arabic language and "the way the words leaf out like spring from three-letter roots"; how the words for world and tenderness branch out from the root word for knowledge; how the word for friendship morphs into truth; and how togetherness becomes university and Friday prayer. Her professors talk about a text that brings readers to tears. This, they say, is "the test of a language: you know it when it moves you."

Thus, the enterprising college sophomore designs her own study-abroad program in a country which has no official exchange programs with the United States. The lure of this country for Bea is its National Library and the manuscript of the poems of Qais, the celebrated mad lover who wandered shoeless in the desert lamenting the loss of Leila, his one true love. Bea's goal is to read this "astonishing text" and be moved to tears. In preparation, she sets out to learn Arabic through total immersion and to acquire all 99 of its words for love.

The novel's narrative opens at a point in the future when a small box with foreign postage and a police insignia arrives on Bea’s doorstep. "Bea, do you remember your Arabic?" the enclosed letter asks.

The box contains poems written on scraps of paper, torn calling cards, and secret messages. With these as her sources, Bea writes a tale to do justice to the story of the "faraway" lovers, Adel and Nisrine, and to clear her own conscience.

The story’s setting is a "foreign city with red skies" where people wait for rain. With the rains come the police and sandbags. Everything is guarded, watchful, enclosed. The reader is contained inside the scene, tightly held, secure.

We meet the cast of characters returning from market the day after a rainstorm floods the streets: a family of seven packed in the car, with Baba at the wheel, Madame beside him with her son, their two daughters in the back with the Indonesian maid, Nisrine, and the American student and narrator, Bea. A barricade blocks traffic, and Madame suggests bribing a handsome young policeman, Adel, with a bag of apples to let them pass. The giggling Nisrine and Bea get out of the car to offer the fruit.

They don’t know it yet, but they have met their fate.

Back safe and sound in the family's fifth-floor apartment, Bea and Nisrine share beds with the daughters. It is an egalitarian Muslim household — a sweet, proper family. The American guest pays $150 a month for room and board, which offsets the $125 Madame pays Nisrine, a migrant worker, to clean and help with the children.

Outside the home, there are mandatory government rallies, no habeas corpus, no free elections. Baba runs a family business that prints Qurans while he plots revolution with his best friend, who is the country's Nelson Mandela. They are writing a "brave document" calling for the end of censorship and for free elections.

Adel is assigned to the roof of the police station next door. From there, he sees Nisrine on the balcony and through the bedroom windows. He falls in love. Baba says, "He is a real Qais," comparing him to the famous Uthri poet whose verses comprise the "astonishing text" that Bea so ardently seeks.

Bea is frustrated in her desire to see the amazing document, but totally involved in her relationships inside the family circle of Madame and Baba, her growing friendship with Nisrine, and their conversations about love.

All the doors in Madame's house lock from the outside; only the bathroom has an interior lock. Don't talk to anyone outside is Madame's rule. How is it tolerable, an American friend asks in a letter to Bea. But Bea is happy despite the obstacles and interdictions. She has her passionate quest as a lover of language, alphabets, and words.

Suspense builds as Baba is regularly questioned by the police. Bea leaves the house only to take the children to play in the garden or to visit the library, where she is refused access to the text she seeks.

In the garden, Bea and Adel­, the poet-policeman, talk. He teaches her the word 'ishq, which means "a poet's love," and gives her verses he has written for Nisrine. Bea becomes the go-between in a forbidden affair.

A Word for Love made this reader cry from feeling the transformative, redemptive power of fiction. This profoundly satisfying novel ventures to the very heart of romance and its literary origins in the seventh-century lyric poetry of the Arabian desert.

Bridget Connelly studied Arabic poetry with Tawfiq Sayigh, Mounah Khouri, and James T. Monroe. She has taught courses on Arabic love poetry and the Old Provençal Troubadour tradition at Cornell and Berkeley. Her recently completed novel, Pranked, is based on a woman's romance with an Arab-migration epic.

She Will Build Him a City: A Novel

This magical tale immerses us in the city of Delhi as it struggles toward the future.

Characterization is the winner in the second book of this humans vs. horrors series.