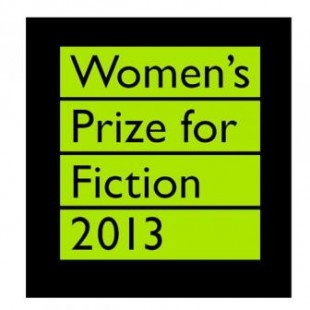 The six finalists for the Women’s Prize for Fiction were announced earlier this week. I know I was not the only person relieved to see that Gone Girl, which made the long list and was perhaps the most overrated book of 2012, did not make it any further. Below are the six books that did:

1) Life After Life by Kate Atkinson: Janet Maslin gave the book a rave review in the New York Times.

2) May We Be Forgiven by A.M Homes: Garth Risk Hallberg was not crazy about it in his Times review.

3) Flight Behavior by Barbara Kingsolver: Roberta Rubenstein gives this book careful consideration in her review for the Independent.

4) Bring Up The Bodies by Hilary Mantel: Susana Olague Trapani admired it in her Independent review.

5) Where’d You Go, Bernadette by Maria Semple: Reviews on this one seem mixed, but many - including this one - called it smart satire.

6) NW by Zadie Smith: Danielle Evans reviews this bold work for the Independent.

Now the fun part: predicting the winner. I’ve read two of these - Mantel and Kingsolver. While I enjoyed both, Bring Up The Bodies is in my view the better work. On the other hand, it’s already been showered with awards and it’s the second part of a three-part series. Where’d You Go Bernadette sits on our shelves, unread by me but read by my wife, who pronounced it light fare. NW is intriguing, but is Zadie Smith too controversial for this award? (I hope not.) I will predict Life after Life gets it: the Times review was intriguing.

Now, if any of you remember my amazing predictions of National Book Award winners last year (wrong across the board!) you will take this with the appropriate grain of salt.

Who do you think will win the award? More importantly, have you read any of these, and if so, what did you think? Any quibbles with the short list?

This piece about writing and distraction by Benjamin Nugent resonated with me. Nugent – as prone to technological and other distractions as anyone else – managed to get into a writing program in a “college town on the prairie” and immersed himself in his fiction to the exclusion of all else.

E-Readers And A Renaissance For Short Fiction?

The New York Times recently published a piece heralding the rebirth of short stories, thanks to the increasing frequency of e-readers.