Half a dozen interesting pieces about books, authors, writing ... and Mars, gathered from around the internet. 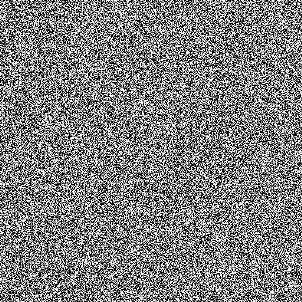 1) More on Franzen and Oprah (still juicy 12 years later!): Slate excerpts the new book Hothouse: The Art of Survival and the Survival of Art at America’s Most Celebrated Publishing House, Farrar, Straus and Giroux by Boris Kachka, revealing more of what happened during the infamous Jonathan Franzen/Oprah Winfrey showdown shortly after the release of The Corrections in 2001. Definitely an interesting read.

2) Fear of Jane Austen: The New Yorker looks at how the proposal to put Jane Austen on a British monetary denomination has led to some strange, very ugly behavior. Maybe they need more reports on the Royal Baby to keep them occupied over there?

3) Culling Books is Hard!: Did you know my wife writes for the New York Times? Well, she doesn’t (at least not as far as I know) but if she did she might have written something like this piece about how difficult it is to get your books under control.

4) George Saunders’s Advice for New Graduates: Talk about the internet buzzing: this thing is everywhere! So viral did it go that Saunders has now parlayed it into a book. The working title is LongSpeechLandia in Bad Decline and the New York Times Magazine has already declared it the best book you’ll read in 2015. OK, I kid. But, with Jeff Bezos so much in the news this week, I thought it interesting to note the similarities between Saunders’s advice and that from Bezos in a Princeton graduation address from a few years ago. The common theme is kindness. Hmmm, Saunders and Bezos as bosom buddies ... I just thought of a wonderful plot for mid 1980s sitcom.

6) This has nothing to do with books but it’s super cool: The Mars Rover has been roaming the surface of the red planet for a year now. You can check out day-by-day records of its activity, along with some absolutely amazing photos of landscapes and close-ups of surface terrain, at the link above. If you’ve not seen it, it’s also worth checking out this incredible video NASA put together about landing the Rover.

Shelf Awareness reports that Barnes & Noble may close up to 20% of its retail stores over the next decade. It’s worth it, if you have the time and have access, to dig into the longer Wall Street Journal piece on which the report is based.