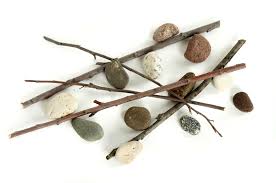 I hate criticism. Loathe it. I want everyone to love everything I write. Everything. Even if it’s me scribbling my name…preferably at a signing. But I can’t control other people’s tastes or reactions. And believe me, if I could, I would.

Okay, I’ll grudgingly admit it’s a good question. There aren’t too many careers where I’m more likely to receive criticism — often in a very public forum. You’re right. But here’s the thing: I love writing. Telling stories. Using my imagination to create characters, a story, a world. Nothing makes me feel more satisfied than a completed story.

Once my little darling’s out in the world, some readers will probably love it, some will be indifferent, and some will probably dislike it. Maybe even a lot. Them’s the breaks. And if I want to write for an audience — I do, I do! — I need to toughen my skin until it’s like a steel-plated armadillo. That’s the only way I’ll weather the bad reviews. Besides it’s a well-known fact that one bad review equals a million good ones.

Yep. Fact. Look it up on a reliable source. Like Wikipedia.

“Huh, thick skin,” you say. “But what happens when a reader approaches you at a conference or a signing and says they hated your main character or think you’re a terrible writer?”

Ouch. That smarts. A lot.

If a reader approached me and said they hated my main character, for example, I would probably have a running internal monologue that went something like:

Oh yeah, what do you know? Did you pour out your — obviously shriveled, philistine — soul onto the page one word at a time? Genius isn’t appreciated in today’s world. *Long suffering sigh* And I hate your shirt. And your shoes. Pretty much everything about you. And your lineage. Even your friends.

But what I’d say aloud is something more along the lines of, “Interesting. Would you tell me more about it? What didn’t you like about my character?”

Look, writing isn’t solely my passion, it’s also my business. And in business, the customer is always right. Whether I like it or not. And, admittedly, I don’t always like it. But it’s the business I’ve chosen, so I better get used to it.

Instead of spouting momentarily satisfying biting retorts — and, hey, there’s nothing wrong with daydreaming about it — I think of ways to engage the reader. Very often the reader is sincere, and if they didn’t feel something for my work, they wouldn’t have bothered to approach me. So I ask them questions. Sometimes they have valid points. Pisses me off.

But by being open and friendly, I may actually learn something and I might even convince them to try something else of mine that may be more up their alley. It happens. How many times have I picked up a book because I found the author friendly or interesting? Um, a lot.

Have I ever stopped reading someone because I had a negative interaction with them? Yep. Maybe that’s not fair since it’s their work I should be judging and not their sparkling personality, but I do. I bet you do, too.

“When do you give up engaging a reader?” you ask.

You’re amazing with the questions — it’s like you’re reading my mind. And, fortunately, this question is an easy one. You disengage when you know for certain that this isn’t one of your readers.

For example, a reviewer of Chesapeake Crimes: Homicidal Holidays (an anthology I’m in) said he didn’t like my story, and a couple of others, because they were revenge stories and he doesn’t like revenge stories. Huh. Okay. Not much I can do about it, because my contribution was definitely a revenge story.

In this case, he’s not my reader. And to give the reviewer credit, he gave the anthology high marks overall because he liked the other stories in it. I could have become enraged. I could have cursed his name and his descendants’ names. But why? He doesn’t like revenge stories. Period. Nothing personal. Nothing about my writing or the story I’m telling. I shrugged and moved on.

It’s harder to do when the criticism is more of an attack on you and/or your work. I have several short stories out that focus on Tanzania, and where the protagonists are Tanzanian. If someone comes up to me and says they don’t like the story because they don’t like reading about “primitive” Africans, I’m going to have to take a couple deep breaths to make sure the top of my head doesn’t blow off. They are clearly NOT my intended reader, either. So I disengage. Period. Nothing productive will come from this conversation. And I do it politely —barely…and maybe with a much-needed lesson on African history. And a slap upside the head.

Nope, polite, but firm. In this situation, it’s the best I can do. You probably don’t want to know what my internal monologue sounds like in an instance like this, though. But if you do, come find me at the bar at one of the numerous conferences I attend, and I’ll give you the spiel.

Fair warning: Sailors don’t have anything on me.

You keep-to-yourself types are really killing my mojo.