True love reveals itself in the little things. 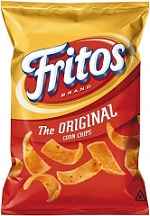 As your friendly local romance writer, it may surprise you to learn that, for once, this column will be about…wait for it: romance! Maybe the recent celebration of Valentine’s Day has me thinking about romantic things, or maybe it’s just a hazard of my particular career choice.

There is one thing people usually ask when they find out I write in this genre. They want to know if I draw inspiration from my marriage. But they usually ask the question in a kind of smarmy way, with a knowing grin, and it’s pretty obvious they’re referring to those parts of the romance books.

Often, I say no. Because those parts especially are fiction, though I do like to write some humor into all my books, and if you think about it, there’s plenty of opportunity for things to get funny in those scenes. Or maybe that’s just me.

Either way, I don’t take a lot of inspiration for that stuff from my husband. Besides, I married a man who gives me a bag of Fritos every Valentine’s Day. Sometimes he puts it inside a fancy bag with a bow. On first blush, you might think he’s not the most romantic of guys.

But when I sit down to write about a relationship in romantic terms, I absolutely do draw from my relationship at home. I don’t write about flowers and romantic dinners, though we’ve had our fair share of those. To me, that’s the easy stuff — it’s the surface. And those things, while certainly nice and definitely good scene-setting material, aren’t necessarily romantic.

Maybe you’re shaking your head, thinking I must be pretty tough to please. And I guess you’re right. Because the romance in my life has come from things so much more complicated and difficult.

Romance, to me, isn’t a moment in time or a single event; it’s a steadfast commitment. It’s about work and dedication and being shoulder-to-shoulder with someone in a figurative smelly, muddy trench, toiling on because you both know that’s what needs to be done. Even if it stinks and you’re exhausted, you’re going to do it because you said you would. And because you know it’s not forever.

I’ve been married for 15 years this June. When I met my former-Marine-fighter-pilot husband, I didn’t need a lot to believe in romance. He was “Top Gun” embodied! He was perfect. We got through a combat deployment and multiple moves, and I thought that was probably the tough stuff, figuring we had it made because none of it felt like much of a challenge.

Then I learned how to really define romance.

We had two children, and I found out the hard way that independent women can struggle when asked to wipe noses and butts all day. I learned that it’s possible to question everything you know about yourself when you’re repeatedly unmanned by a 2-year-old who knows where every one of your buttons is and who insists on pushing them all. Every day.

I lost myself in a period of painful redefinition during which I couldn’t explain to my husband exactly what had happened to the carefree and silly person he married. Because I wasn’t sure myself.

Becoming a parent changed us both — but it changed me more dramatically because I simply wasn’t prepared. I didn’t know that every adjective I’d had to define myself before would have to be supplanted by another one, that I’d need new words that could carry two small humans as well as myself.

It felt unfair and terrifying, and I was angry and overcome with worry. My ability to laugh at the world evaporated. My sense of humor and my sense of self disappeared. For a long while. For almost a decade, if you want the truth.

Because of this experience, my definition of romance — and the kind of romance that inspires the relationships I write about — is so many things that might not seem romantic at all. Romance is turning around 10 years after you became lost, stumbling finally back onto familiar ground as the eclipse of motherhood begins to slide slowly away, and finding the man you married standing there, still waiting for you.

Romance is the steadfast belief that he or she will patiently stand by while you figure the hard stuff out, no matter how long it takes. It’s a willingness to offer a hand, or merely a shoulder to cry on. Romance is the ability to continue to find joy despite the struggles, and the knack for reminding you that even when things are dark and serious, the light is still there.

Romance is the willingness to put ego aside and come to you, over and over again, when you’re unable to close the distance yourself.

So when my husband unfailingly gives me a bag of Fritos for Valentine’s Day every year (“Because you like Fritos” — and, really, I do), it is just a token. I love those chips because I know they represent every single day of those 15 years, the good ones and the hard ones. And I know they’re a promise of the most romantic kind: a promise that he’ll be there while we do this life thing, just like we said we would 15 years ago.

Even when it gets hard.