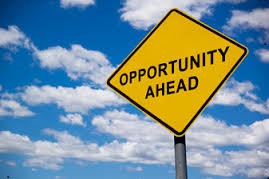 I had a student once who really thought he was someone special. He took it upon himself to identify mistakes I made in lecture or on handouts, and to correct them. Basically, he took to heckling me in my own class.

Another grotesquerie in the classroom is the encroachment of handheld device madness. Every class, someone turns their attention away and becomes like a zombie. The teacher watches electronic diversion destroy classroom energy and integrity.

I think the impulse to write is the same as the one to teach. Of course, they are different things, but athletes naturally evolve into coaches, and children grow up to be parents. It’s almost as if there’s a categorical imperative that once we learn something, we’re obliged to give that information away.

That may be why teaching is not as well respected in America as it should be. The contempt Americans hold for teachers, manifest in the way they are treated in business and culture, is unparalleled elsewhere in the world. Americans see teachers as a dime a dozen, just as likely to abuse your child as to engage and enlighten.

As a teacher of writing and a writer, one commonality I see between them is the necessity of allowing serendipity to play a role in both vocations. Many, in both literature and the classroom, fear the unexpected and cling to their routines, forcing everything they experience into the same three or four boxes. They believe that they don’t have to adjust their instruction, or expressions, to actual circumstances.

Students can be that way, as well. While I flatter myself to think that 75 percent of my students glean what I reveal in my classes, the truth is, most teachers would be happy if they approached 50 percent comprehension. That means both teaching and writing are among those existential activities humans are compelled to re-enact in the face of certain and infinite futility.

It’s easy for me to feel down about both endeavors until I turn and embrace my suffering, sublimating my tendency to abject dread with work for the collective. In this activity, externalized from my febrile mind, something in my agitated response to the deadening hyper-stimuli of 21st-century DC’s electronic suburbs can shift me from abhorrence to welcome.

I say to the heckling student, “You can say what you like, but I give you the grade.” I can tell my handheld zombies, “Only you can choose not to succumb.”

I don’t use that phrase “categorical imperative” lightly. I mean to hark back to Kant and suggest that, as I understand it, teachers and writers are acting according to the maxim that their actions could and should be adopted as a universal law. We act on the universality of communication, the need for socialization between humans. We guide people to refined understandings.

A serendipitous approach in the classroom means I’m prepared to take idiosyncratic expressions that might alienate students from each other (or me), and use them to reveal the power a student actually has in the classroom (both more and less than they realize).

Allowing for unexpected occurrences to add excitement rather than stifle possibilities is the way to keep it fresh. A serendipitous approach as a writer would mean abandoning one project and taking up another. Or, more subtly, reworking the abandoned project so it can be seen in another light. In either case, with writing or teaching, there can never be a reason to despair or to stop.

Roll with the changes, baby.