Breaking free from the white-male canon 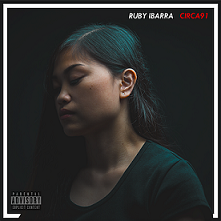 You might not have heard of Ruby Ibarra, so let's change that. The fierce, fire-breathing Filipina rapper released her latest album, Circa91, late last year. The album is full of terrific music, mesmerizing lyricism, insightful social consciousness, and her blistering mix of English and Tagalog. Circa91 is also deeply related to, and reflective of, the rise in society and literature of marginalized cultures.

Like the #MeToo movement, #OwnVoices has been pushing through society’s cracks for years; understood, but only somewhat; realized, but not fully. The #OwnVoices term was coined by the writer Corinne Duyvis and is meant to define marginalized characters written by marginalized writers — as opposed to, say, black characters created by white authors. There’s been a push to criticize the co-opting of racial identity, rather than celebrating its theft, and this movement stems from that ideal.

Of course, the literary canon is famously male and white, and male, white writers are often given more respect for depicting characters of other races than writers of those races are. It's the Elvis Presley effect in literature, most lately seen in the Michael Derrick Hudson controversy of 2015.

As you might remember (and as the Independent’s own Alice Stephens brilliantly wrote about here), Hudson (a white man) pretended to be a Chinese woman named Yi-Fen Chou in an effort to get a poem published. And it worked! The poem, which had been rejected over and over, was accepted for publication and eventually found itself selected for the 2015 edition of Best American Poetry.

And then Hudson fessed up. The situation got messy. People were pissed.

But here's the thing.

I think I get both sides, especially when I remember what gambling expert John Scarne wrote about poker cheats in Scarne’s Guide to Modern Poker. Note his admiration:

To the average Poker player, the man who makes his living by cheating at Poker is a crook, cheat, sharper, sharp or shark, but to card hustlers and to seasoned gamblers and house men, he is known as a card mechanic or hand mucker. Card mechanics and hand muckers are the magicians of the underworld — they deal cards from the bottom of the deck, switch Poker hands, and at times the entire deck.

Like Scarne, part of me admires the deception. Any writer worth the ink they splash on paper longs to be able to inhabit characters foreign to themselves so convincingly that a stranger would have no idea of the writer’s true identity.

But then again, and on further consideration…yeah, no.

It's still cheating, no matter how slyly it’s done. The difference with someone like Hudson is that we’re not just talking money or poker; we’re talking about an entire identity, the catfishing of race. His exploitation rested on hundreds of years of privilege and a few years of impatience.

As a biracial writer who decidedly doesn’t fit into either culture I’m from, I’ve always written mixed-race characters who were outsiders. Truly, the choice wasn’t conscious. Like many people who find themselves outside of the white-male canon, I didn't see a lot of people like me, either as writers or characters.

And, honestly, there’s some loneliness in that.

All of which brings me back to the excitement of the #OwnVoices movement, and the revelatory changes it offers. I've been thinking a lot about the movement, having recently provided feedback on a promising novel by an aspiring Indian writer; seeing the well-deserved award nominations that Kellye Garrett's (a proponent of #OwnVoices) debut mystery, Hollywood Homicide, has received; and listening nonstop to Ruby Ibarra's inspiring album.

There is, of course, still hesitancy in accepting these voices, and a long way to go; we’re chipping at a stone wall. But outsiders are breaking through. Sometimes their voices are female, sometimes accented, sometimes angry, sometimes loving. There’s no categorizing the diverse, aside from two exceptions:

They’re refusing to stay silent. And they have their own stories to tell.

Ego,
It wants to fight me,
Ruby, don't take it lightly,
Just focus on plottin’ nightly,
'Cause we know it’s never likely,
If I don’t,
Then who will write me?

-Ruby Ibarra, “The Other Side, Welcome”

The Night of the Flood, a novel-in-stories I co-edited and contributed a story to, is now available for pre-order! Really proud of this one, and I'd love it if you checked it out. And I'd love you. Forever. Click here for more info.