Weathering stumbles in the creative life. 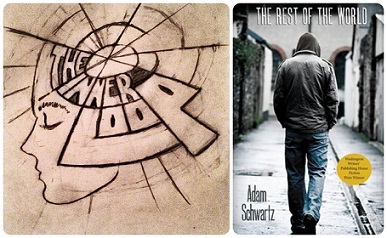 Several years ago, a student came to my small alternative high school in Baltimore after being hospitalized from an assault. He’d been struck with a brick that badly injured his eye and the bones around it. Moreover, the conflict this assault stemmed from remained live. Outside, going back and forth to school or elsewhere, he was keeping his head on a swivel.

To graduate, he either needed to pass the state-mandated HSA test or complete a long Bridge Project. He was confident he could handle the HSA and didn’t intend to spend two months working on a project.

“Big mistake,” I warned. “You’ve got good skills, but if the test-makers throw you a curveball or you underperform on the HSA, you won’t graduate.”

“Chill,” he said, trying to reassure me.

For six weeks, we reviewed key skills tested on the HSA. When his exam results came back, I congratulated him enthusiastically. “You showed me,” I said. Afterward, I felt somehow like my remarks had fallen short.

In an adolescence full of instability and trauma, this student had overcome the last hurdle between him and graduation. So, minutes later, I did something I’d never done before. I hurried outside, caught up to him down the block, handed him a twenty, and let him know again how proud I was of his effort and the solid academic skills he’d worked to acquire.

“I know some of it,” I said, “and it’s enough — more than enough to be impressed by your resilience.”

Nothing about this student’s life ever made it into my fiction, but it easily could’ve. For many years, the inspiration for my stories has come from getting to know the teens in my classroom.

And writing those stories has meant losing myself in a process that felt rewarding and meaningful. I’d carry a story around in my head for months — sometimes years — inhabiting it, working it out, scribbling on wadded drafts I kept in a back pocket. Weekends, I couldn’t wait to find a quiet table at Wegmans or the Barnes & Noble in Ellicott City where I could sit and write.

Of course, I had lots of days where I had little to say or only said it badly. But on my best days, I would think of myself as the Crackerjack Dynamo — a kind of muse warrior with a keen receptivity to the images, dialogue, and resonances that would give my characters life and my stories motive force.

Sometimes, I’d leave B&N after sitting for hours working on a story, and once inside my car, I’d uncork an ecstatic war whoop — like an NBA player after a phenomenal dunk.

After my debut story collection won the Washington Writers’ Publishing House fiction prize in 2020, my writing got more attention than it ever had before.

Despite the generous praise many have given my book, there has also been criticism. Some readers questioned whether these are my stories to tell. Interviewers and literary magazine editors remind me that my work may offend certain readers. This focus on the contrasts between my race (white) and the race of my characters (mostly Black) has pitched my fiction writing into something of a stall.

By creating characters whose struggles cannot be disconnected from our country’s abominable legacy of racial injustice, have I crossed a line?

In low moments, when I’ve found myself questioning anew the legitimacy of my work, it’s been fellow writers who’ve encouraged me. My longtime writing partner, the novelist Mary Clark, has been an unwavering source of support. She’s always ready to help me swat down nagging doubts. Additionally, I’ve been able to lean on writers at WWPH. Their continued faith in my work has been validating, and I’m grateful for them.

As I reflect on the ways my fiction draws on the connections I form with students in my classroom, I remain inspired by many of these teens. And I hope to write more stories informed by the grit, love, courage, empathy, generosity, and self-reliance so many Baltimore kids have shown me over the years.

Adam Schwartz’s debut collection of stories, The Rest of the World, won the Washington Writers’ Publishing House 2020 prize for fiction. His stories have won prizes sponsored by Poets & Writers, Philadelphia Stories, and Baltimore City Paper and have appeared in numerous publications. His nonfiction has appeared in the Forward, the New York Daily News, the Sewanee Review, the Baltimore Sun, and elsewhere.