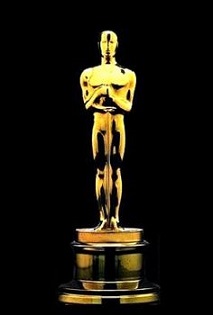 I know people who didn't watch the Oscars because they didn't want to hear a lot of Trump-bashing by a bunch of liberal, overrated, overpaid, elitist artists. They probably switched the channel right after they saw what everyone was wearing on the red carpet.

Trump aside, I'm not crazy about the Oscars myself. Too much kissy-kissy for my tastes. And Amy Adams wasn't nominated! What the hell is wrong with those people? So, I bailed after two-and-a-half hours and thus missed the greatest election screw-up since, well, you know. (But at least the Academy got it right in the end.)

I thought Jimmy Kimmel did a good job. His political jabs were modest and would have been okay in any year. But some of the winners did take tougher political shots, so I will use this opportunity to offer a defense of artists, of whom I consider myself one, dwindling book sales notwithstanding.

(By the way, I get some leeway in this column; I used to be a movie critic.)

Anti-artist hysteria is just that: hysteria. Do Meryl Streep and others have the right to use their fame and position to proselytize? Of course they do. They weren't always rich and famous. Most of them probably waited tables and struggled for years to get where they are. Let them shoot their mouths off. We have a president who never waited tables, inherited his wealth, and shot off his mouth (using anonymous sources he admits he made up) for years before he entered politics.

Many film folks spoke out against the Vietnam War. Some, like Jane Fonda, behaved poorly while that famous “not a hero” John McCain was languishing in the Hanoi Hilton prison in North Vietnam. (Today there’s a real Hilton — and a Hilton Garden Inn — in Hanoi, but no Trump hotel yet.) And now we have a National Security Adviser, Gen. H.R. McMaster, who wrote a seminal book — Dereliction of Duty — criticizing the U.S. military for how that war was run.

Go figure. Those Hollywood pantywaists may have been right.

The first thing autocrats do is paint their opponents, particularly artists, as elitists. They claim artists don't really have any talent. Dollars to donuts some Trumpists have Picassos and other famous modern artists hanging on their walls, even though earlier autocrats (the Nazis; look it up) suppressed those artists.

Is Trump Hitler? Nah. Is Bannon Goebbels? Nah. Bannon says he is a "Leninist" who just wants to blow up (figuratively, I hope) the established order. (Bannon, by the way, made tons of money in Hollywood, and Trump was a freakin' TV star.) They’re just opportunists playing a rich man's game. It will all make great books and movies unless they get us killed.

Well, enough of my ranting (much of which I already dropped on Facebook). But if you’re a writer, don’t be ashamed of being called an artist. You know how hard you work.

Robert Parker of Spenser fame said he wrote just about every day from 8 a.m. until 2 p.m., and exercised in the afternoon. Then, later, cocktails and a gourmet dinner. Sounds great, but Parker died at his desk while writing. Heart attack.

Karin Slaughter, author of 17 thrillers that have sold 35 million copies worldwide, drops off the grid to write. From a recent interview: “I have a cabin in the North Georgia mountains where I always go when I’m ready to write. I always sequester myself from everyone (even my cats) so that I can just get up every morning with no responsibilities and write until I can’t write anymore, then I go to sleep, then I get up the next morning and start all over again. I need this quietness and calmness so that it can just be me and the story.”

And from Otto Penzler, mystery guru: “I've spent most of the day writing the introduction to the next volume in the Best American Mystery Stories series, of which this is the 21st, guest edited by John Sandford. If by some wild chance you read it, your first question will be: It took him the best part of a day to write THIS? I know. That's how I feel, too. Writing is hard. Harder for some than for others, but always hard.”

One of the reasons I couldn’t stay up for the whole Oscar telecast was that I was exhausted after a day of writing. Even if you love to do it, writing takes something out of you. But you never should be too tired to voice your opinion — on the page or in public.

Lawrence De Maria, once a Pulitzer-nominated New York Times reporter, has written 16 thrillers and mysteries on Amazon.com. He considers himself underrated and underpaid. His most recent thriller, Thawed, is available at ST. AUSTIN’S PRESS (BOOKS BY DE MARIA).

When it comes to descriptors, hardly.