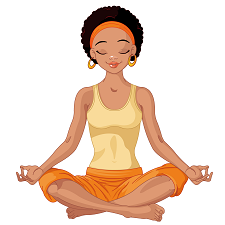 I was talking to my friend Nancy about how I am often gifted self-help books on parenting, like The New Puberty. I noticed my body reacting to all the terrible things that could happen to my children. It felt like a distilled version of the news being injected into my veins.

It got me thinking about the genre. I have enjoyed self-help over the years, and I am not alone: Self-improvement is a $10 billion — and growing — industry, and January is often when new books are launched.

When I was a middle-schooler, my young mother had a meditation tape by a self-help guru that she sometimes listened to. I still recall a lesson: “Imagine your father and mother as little children, small and vulnerable, then hold them close.” The idea that adults were not all-powerful, all-knowing, was reassuring. I recall the author talking about turning overbearing parents into a cloud and sending them off into space.

My first self-help purchase was in eighth grade. I was given a prize for consistent effort, and we were asked to pick a book from a pre-selected set at Strand Bookstore in the Fort area of Bombay. I chose Leo F. Buscaglia’s Living, Loving and Learning. It had a lasting impact, reinforcing the joy of opening one’s heart, embracing the world, and accepting rejection without fear.

Risk and rejection are good themes for a writer, as are the rewards that come with trusting the world. Buscaglia writes:

“Too often we underestimate the power of a touch, a smile, a kind word, a listening ear, an honest compliment, or the smallest act of caring, all of which have the potential to turn a life around.”

Neither of these early encounters with self-help caused disquiet. But lately, the stakes seem higher, as we’re now in an age of anxiety.

That term was coined by the English poet W.H. Auden, an émigré to America. Auden published The Age of Anxiety in 1947, for which he won a Pulitzer Prize. You can read Daniel Smith’s 2012 contemporary review of the work, “It’s Still the ‘Age of Anxiety.’ Or Is It?” (Some literary trivia: Auden came to Bombay in the 1950s and was a supporter of the Indian writer Dom Moraes, who followed Stephen Spender and him to Oxford.)

Auden’s lengthy poem received mixed reviews from critics and readers, but he ushered in the post-WWII artistic period, inspiring, amongst others, Leonard Bernstein’s Symphony No. 2 (1949) of the same name.

I am listening to Bernstein’s recording as I write, and would love for you to turn it on. It begins softly, but somewhere around six-and-a-half minutes in, it becomes so moving, I have to stop what I’m doing to fully appreciate the beauty. It is an unpredictable piece of music, so stay with it to the end to enjoy its full range, including the jazz elements.

There is a palpable sense of heightened anxiety, stress, and tension in the air these days. Wrapping up 2019, NPR put out its own list of music: Terrestrial Doom: 30 Songs For Our Age Of Anxiety. This column is not the place to go into what role our politics or the media play in this, but it can be helpful to remind ourselves that our nation and the world have survived greater upheavals.

I don’t recall using the word “anxiety” as a child to describe how I was feeling. I don’t think many children had the language, leave alone a voice to express what they were feeling.

These days, I am thankful when some children around me are able to articulate their anxiety and depression, some even referencing their therapists. Humans have always been anxious, but now we have a better vocabulary and can openly talk about it.

In 2014, Scott Stossel wrote an essay for the Atlantic, “Surviving Anxiety,” bringing the subject into sharp focus. Most recent is Thalia Lavin’s essay “Age of Anxiety.” She writes:

“These days, I am an anxious woman in an anxious country. According to studies by the National Institute of Mental Health, nearly 20 percent of Americans experience an anxiety disorder in a given year; over 30 percent experience an anxiety disorder over the course of their lifetimes. And the rate is rising: The American Psychiatric Association, in a May study drawing from a survey of 1,000 American adults, diagnosed a statistically significant increase in national anxiety since 2017.”

If self-help is supposed to be an antidote to anxiety and chronic stress, but instead contributes to it, can it be effective? I’m not suggesting being an ostrich and sticking our collective head in the sand. Instead, we should have the energy and curiosity to assess risks and fix problems. But after reading a couple of these books on parenting, I was tending towards a reaction like that of my friend, the budding novelist Amy Devlin: “I cannot stand self-help!”

Yet, as my friend Nancy once cautioned me, it’s a huge genre, so let’s not make generalizations. Maybe not all self-help is effective, but some books can widen one’s perspective. Discussing them with a good friend helps flesh out one's own understanding.

We are never taught how to parent, after all, or how to take on the more difficult traumas of life. Instead, we muddle along, relying on — or rebelling against — the coping mechanisms of our families. Without research and science, we would be stuck in our limited experience.

Self-help books such as You Are Not Your Pain can be a window to the world of mental and physical wellbeing, especially when they’re given by a friend, as this one was to me. The same kind friend gifted me Ikigai – The Japanese Secret to a Long and Happy Life. Titles like these become part of the collective intelligence of the hive mind, putting us back in touch with micro-communities of wellbeing.

So when Nancy said, “The best help is a good friend,” it resonated and brought to mind a favorite Robert Frost poem, “A Time to Talk”:

When a friend calls to me from the road
And slows his horse to a meaning walk,
I don’t stand still and look around
On all the hills I haven’t hoed,
And shout from where I am, What is it?
No, not as there is a time to talk.
I thrust my hoe in the mellow ground,
Blade-end up and five feet tall,
And plod: I go up to the stone wall
For a friendly visit.

But there are times when we don’t have a friend around. Therefore, I’ve come to appreciate that we have to continuously stay open to opportunities for individual and group therapy, to enhance our connection to healthful living.

I was grateful when our middle school started a parenting workshop with Paige Trevor, struck by how similar we all are in our fears and problems. This community model of coming together and sharing concerns did not cause anxiety, but comfort. During the first session, one parent suggested Brave, Not Perfect by Reshma Saujani, and Paige referenced Middle School Matters by popular Washington Post contributor Phyllis L. Fagell.

After considering all that I have available to support me, I realized that, in truth, the practice that most helps dissipate my anxieties is “sauntering” alone in nature, like Thoreau, bringing the present, the breath, and all that is well quietly back into place. As he wrote in “Walking”:

To preserve your own peace of mind when, in this age of anxiety, it all gets to be too much? Take a moment and go to grass.