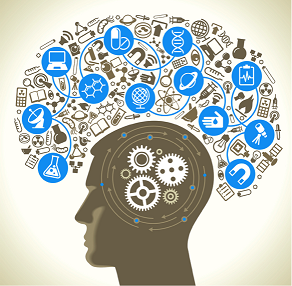 One of the four outcomes (what a word!) of English 101 is teaching students to do proper, reliable, trustworthy research. First they have to discern garbage from serious analysis. Then they have to identify the most appropriate parts. Finally, they must apply that to their analysis or argument.

There is little question that every single 19- to 20-year-old in the world is in need of discipline to organize the mass of stimulation and information they will have to process in adulthood. (It’s no surprise to me that this is the age when many peoples’ mental illnesses begin to show.) Some people will never succeed at it. English 101, as I teach it, is about organizing your thoughts.

But the truth is I’m a poor researcher myself.

Don’t get me wrong; I take in tons of information. I’m stimulated by art and music and film and nature, etc. I’m compelled (because I’ve lived overseas; because my in-laws are politically active; because my mind needs to ask why) to keep up with current events. I love to read history and biography, philosophy and literary classics. I readily meditate upon the question of what is beyond the cosmic microwave background.

I love thinking and I love ideas. It’s what keeps me alive.

But as a creative writer, if I have to do extra research on a subject I intend to write about, maybe I’m trying to be too bookish about it. I almost prefer to rely on my gut and see what my imagination can produce. For what is the effect the writer is trying to achieve? Realism? Or a demonstration of knowledge? Drama or the suggestion of drama? I suppose I’ve always gone for the suggestion.

I’ve found kindred spirits in Kafka and Beckett, in Sherwood Anderson, James Agee, and John Lennon. The writer cannot encapsulate the entirety of reality. Consciousness is a broken mirror reflecting the indiscernible. The writer must organize a mosaic from the shards using conscious artistic expression. The writer must tell a story.

A story is a narrative mosaic, bringing to others an imaginary reality. I’ve never pushed myself to do extensive research on any subject I undertook, but I have applied much of what I’ve learned in my writing. I rely on my steady, freewheeling, daily research to provide when I’m writing a serious piece, with occasional supplemental work. I don’t say it because I’m proud, but because I’m trying to be economical as a writer.

For example, I just finished a fine book, The Sympathizer, by Viet Thanh Nguyen, which takes place from 1975-1978 in the nameless main character’s life. He is a mixed-race (Euro-Asian) double agent (an undercover Viet Cong lieutenant adjutant to the general in the South Vietnamese Army), so there is plenty of material for an examination of what DuBois called the “double-consciousness” of being a societally marginalized person.

In that, the story is well-rendered, each observation more keen than the next. Nguyen uses vivid language and develops many suffering characters who deserve our attention. The two most significant flaws I found (and which seem to go hand in hand) were its bookishness and gratuitousness.

The dehumanized characters in The Sympathizer, I think, are the result of too much research on the Fall of Saigon. The author knows so many stories that he paints them with the jaded brushstrokes of a Hollywood writer. In fact, he reveals an obsession with Hollywood throughout the book, including an extended insertion of our main character as the failing authenticator of the Vietnamese perspective in a fictionalized version of the making of “Apocalypse Now.”

Nguyen uses shows of learning to reveal that he would like to have his book made into a movie. As well he should; Francis Ford Coppola could do a lot with this material. The scenes of murder and torture are plenty. There are glossy sex scenes with brokenhearted people who can’t and won’t enjoy true connection or love. But many Vietnamese found life after the war, and this depiction is just a bit cartoonish. He does, in some ways, that which he condemns Coppola for doing. Where did he learn this stuff? From research, not experience.

So, yes, research is a good and necessary thing. But doing research in order to authenticate your credibility as a creative writer is a paradox one doesn’t have to submit to. We can be strong. We can say: If the subject interests you, write about it, and then see if you need more research to complete the mosaic.

But it’s always going to be a mosaic, and you don’t have to force learning into your creation. Just suggest it.