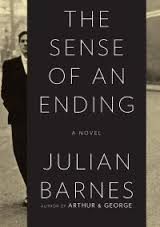 “It was beautifully written, but…” was one of the comments in our book group when we recently discussed Julian Barnes’ review of Donna Tartt’s Possession: A Romance” target=“_blank”>Possession again. The 2002 film, based on A.S. Byatt’s bestselling novel, has been on cable lately and I watched it for old time’s sake. Aside from the spectacular miscasting of Aaron Eckhart and Gwyneth Paltrow in the two main roles, the delicate tale of literary detection and passionate love becomes a laughable bore when translated to film. The plot is creaky, the script — written, in part, by director Neil LaBute — has none of the magic of the novel.

Sometimes beautiful writing, skillful plotting, and marvelous characterization come together in the same book and everyone is happy, as in Hilary Mantel’s novels on Thomas Cromwell, Bring Up the Bodies (A John MacRae Book)” target=“_blank”>Bring Up the Bodies — though I suppose there are critics of those books, as well.

Vive le différence. There are many poorly written books that find millions of readers because people like the story or the characters or the setting or whatever. For those readers, however, who are dissatisfied with a book even though it is beautifully written, I’d urge a second look just for the sake of that writing. Don’t worry about where you are going, just enjoy the ride.