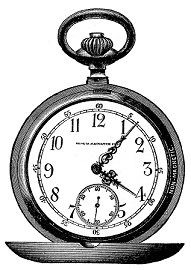 On the last Sunday in August, my wife, Tara, and I had two afternoon/evening readings on our calendar — overlapping events: the Reston Readings Series at the Used Book Shop in Reston’s Lake Anne Village Center and a Noir at the Bar at Busboys & Poets in Shirlington.

But the next morning was the first day of second grade for our son, Dashiell (and the first day of my own courses at George Mason University), so the three of us ended up staying home instead of going to either event.

The two sentences above may seem straightforward enough, but the whole story of that Sunday featured an extra layer of complications — and then deeper quandaries and questions beneath that, some of them stretching far beyond that single evening.

On the one side: Not only did those two readings sound fun, but Tara and I are good friends both with Nathan Leslie, who runs the Reston series, and with Josh Pachter, who was heading up the Noir at the Bar, and we greatly admire writers who were scheduled for each event. Of particular interest at Noir at the Bar was short mystery fiction master David Dean, who lives in New Jersey but was making a special appearance in Virginia. David and his wife, Robin, are good friends of ours, and Tara and I see them far too rarely.

On the other side: By Sunday afternoon, Tara and I found ourselves way behind on getting everything ready for the new school year, and Dash was pleading for a late afternoon bike ride on the last day of summer vacation. Either event would push our evening prep later than we needed to in terms of getting him to bed; the readings at Noir at the Bar would surely have been too adult for a 7-year-old’s ears; and the idea of having a babysitter put Dash to bed the night before returning to school…well, he didn’t want that, and neither did we.

I imagine most anyone reading this has faced similar conflicts — all of us pulled too often in too many directions. When you can’t do it all, something’s got to give. You make the best decisions you can.

Or, you could use your time turner, of course. (Can you tell we’ve been reading Harry Potter with Dash?)

But what about that deeper level of quandaries I mentioned? The challenges there go beyond the busyness of schedules and into questions about being active members of the literary community.

Tara and I are both writers ourselves, of course, and both of us so much appreciate the generosity that readers and other writers have shown our work and shown us personally — coming out for our own panel discussions and readings and book launches. In just a couple of weeks, One More Page will host the launch for Tara’s debut novel, One Night Gone, and a week later, I’ll be reading at a Noir at the Bar hosted by my fellow Independent columnist Ed Aymar in Washington, DC. Needless to say, we’d love for folks to come out for those events!

...But wait: If that’s the case, shouldn’t we show up for other writers’ events, too?

By that, I don’t intend to suggest a simple quid pro quo: “I’ll come to your event if you’ll come to mine.” Instead, what I’m trying to recognize is the many ways in which all of us in the larger literary community should — and do — support and celebrate one another.

Tara and I are genuinely excited about the new books and stories that our writer friends debut at area readings; we’re thrilled at the successes that so many writers throughout our region have enjoyed; and we look forward to toasting those works and those successes.

Too often, however, we find ourselves toasting from afar.

I’ll admit I enjoyed the bike ride that afternoon with Dash, and we all enjoyed dinner together on the back porch that last day of summer break. We enjoyed Dash’s bath time, and reading a story with him afterward, and tucking him in with the promise of a great school year ahead. But at the same time, missing our friends, missing applauding their work — it weighed heavily on us, both in the moment and beyond.

In fact, it worried us enough beyond that night that it was only while writing this column that I found some resolution to our guilt.

Speaking of David Dean above: The week before his Noir at the Bar, I reached out to him about including his recent Ellery Queen’s Mystery Magazine story “The Duelist” on the syllabus for my “Writing Suspense” Workshop this semester — introducing David’s work to a class full of eager readers — and that same week, I read another of David’s new stories aloud to Tara, then we emailed to tell him how much we admired it.

The day of the Noir at the Bar itself, I edited an essay for the First Two Pages blog series I host — Peter Steiner’s reflections on The Good Cop, released the following Tuesday — and throughout the weekend I was reading the manuscript for another book I’d been invited to blurb, Ang Pompano’s When It’s Time for Leaving, due out October 1st. Now that I’ve finished it, I highly recommend it, too!

Commitment to our community, enthusiasm for the work of others — these qualities manifest themselves in different ways, including simply reading those novels and stories, even if the best might still be to get out and congratulate your favorite writers in person.

Art Taylor won this year’s Edgar Award for Best Short Story for “English 398: Fiction Workshop,” originally published in Ellery Queen’s Mystery Magazine. He is also the author of On the Road with Del & Louise: A Novel in Stories, and his short fiction has won four Agatha Awards, the Anthony Award, two Macavity Awards, and three Derringer Awards. He teaches at George Mason University in Fairfax, VA.