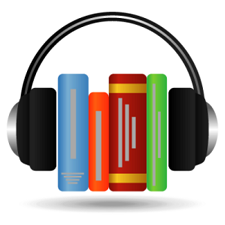 Audiobooks have come a long way. What began as a bulky package of vinyl records put out by the Library of Congress for the benefit of the blind has become a digital stream downloadable to the ubiquitous smartphone.

My favorite time for listening is on a road trip, watching the miles go by with an unabridged book from my Audible library streamed via Bluetooth into the car’s sound system. It takes a bit of doing to find something both my wife and I like; it can end up being a book that neither of us would have read in the literal sense.

On a recent trip, we listened to Letters to Camondo by Edmund de Waal, narrated by the author. De Waal, a ceramics artist who lives in London, became famous for his family memoir, The Hare with Amber Eyes: A Hidden Inheritance. That 2010 book was an engaging account of the Ephrussi family through the prism of 264 Japanese netsuke — miniature ivories and wood sculptures — that he inherited from his father’s side of the family.

An idiosyncratic book, it traced the collection’s chronology from their purchase by Charles Ephrussi in the 1870s in Paris through the generations of the family’s stay in Vienna and eventual migration to Japan.

The new book is a grimmer encounter with Europe in the 1940s. It relates the tale of Charles Ephrussi’s neighbor near the Parc Monceau in Paris, Moïse de Camondo, who collected art, porcelain, and furniture in those prosperous times.

As in the earlier book, de Waal weaves an intricate reflection in 58 imaginary letters of the relationship between a house, a time, and creative arts, culminating in the gift of the Musée Nissim de Camondo to the city of Paris. All the more shocking, then, when this dream world crashes down in the Holocaust and de Waal catalogs the murders of these prosperous, secular Jews in Nazi concentration camps.

De Waal’s mellifluous reading carries the listener along to the bitter, cold end. In the audiobook, you miss the illustrations in the print edition, but you benefit immensely from de Waal’s comforting English accent and his heartfelt rendering.

Audiobooks narrated by the author are my favorite kind. Long ago, when audiobooks were still on CDs, I listened to Barbara Kingsolver read her 2000 novel, Prodigal Summer, and it became that much more enchanting in her soft Southern accent.

In the period when I first came to Washington, I listened to many audiobooks on CDs during my long daily commute to work. I listened to all the Harry Potter books, read by Jim Dale, who won a Grammy for his narration.

CDs were a transitional stage for audiobooks. You could rent the pricey CD packages on a subscription basis and play them in your car.

My first encounter with audiobooks came with those bulky vinyl collections in Books for the Blind. The father of my best friend in grade school was blind and mostly read in braille, but he periodically received recorded books in the mail. He would patiently turn the LP over or put on the next one every 20 minutes.

Choices were quite limited then. Now, famous actors and a whole cadre of professional narrators record audio versions of numerous titles; often, audiobooks are released simultaneously with the hardcovers. Multiple voices can be involved, but most titles still feature a single narrator cleverly altering their voice to indicate different characters.

I’ve been a picky listener, but I think it’s time to start embracing audiobooks again. Sometimes, a narrator’s voice grates on me; it also turns me off when the narrator is obviously encountering the text for the first time, often getting the emphasis and turn of phrase wrong. (One of the many reasons to prefer narration by the author.)

One of Amazon’s money-making tricks is its Audible subscription. Nowadays, the monthly credit can cost more than the full-price download, but as with other Amazon services, the convenience and reliability keep you paying.

The other reason to embrace audiobooks is to get out and walk. Walking has become the exercise of choice for so many of us during the pandemic, and these recordings can be a great companion. At a time when podcasts and streaming-music services are accompanying people on their walks, at the gym, and even at work, audiobooks deserve their place as a welcome diversion.