Happy, Fun Books to Take Your Mind Off the News

Need a break from the headlines? Get lost in these purely pleasurable reads! 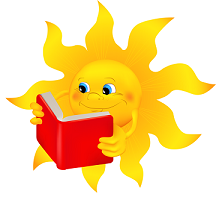 Seasons in Hell by Mike Shropshire. “For those lamenting the delay of Opening Day, try this book — the laugh-out-loud-til-tears-run-down-your-cheeks funniest book ever written about a Major League Baseball team.” ~Talmage Boston

The Pigeon Tunnel: Stories from My Life by John Le Carré. "As I read other supposedly wonderful books, I appreciate anew how much fun and how fascinating this book is." ~David O. Stewart

The Reivers by William Faulkner. “The last work Faulkner published in his lifetime is a riotous car-thieving, horse-racing, prostitute-courting, blackmailing humdinger of a novel guaranteed to make you forget about where you are, wherever you read it.” ~Y.S. Fing

Born with Teeth by Kate Mulgrew. “One of my guilty pleasures is the celebrity bio. The best go beyond hagiography and address the author's challenges and focus on their own flaws. Mulgrew doesn't shy away from her foibles, but inspires us to overcome our own. She's the tough broad we all should be.” ~Chris Rutledge

A Woman of Independent Means by Elizabeth Forsythe Hailey, My Antonia by Willa Cather, and Class Reunion by Rona Jaffe. ~David Bruce Smith

Anything by Kurt Vonnegut. “The world is a lesser place without his voice in it, but his words still have the ability to comfort and make you laugh until you cry.” ~Drew Gallagher

The Uncommon Reader by Alan Bennett. “In this novella, Bennett imagines Queen Elizabeth transformed after stumbling upon a mobile library on the palace grounds. Feeling duty-bound to borrow a book, she soon discovers the liberating pleasure of reading. It’s funny and touching and casts the queen in a completely humanizing way. If only...” ~Cathy Alter

My Man Jeeves by P.G. Wodehouse. “If you're looking for a lighthearted distraction from the current climate of woe, dive into the world of warmhearted-but-clueless aristocrat Bertie Wooster and his manservant (and handler), Jeeves. The Wooster and Jeeves series is lengthy enough to keep you occupied for weeks to come.” ~Mariko Hewer

Out of Sheer Rage: Wrestling with D.H. Lawrence by Geoff Dyer. “Dyer always dreamed of writing a definitive study of  Lawrence, but doing research felt like putting off writing, and he couldn’t write without doing sufficient research. As he endlessly circles his subject and procrastinates, the result is hilarious, and he produces a marvelous portrait of Lawrence, as well as a book on the agonies of writing.” ~Amanda Holmes Duffy

Piccadilly Jim or The Code of the Woosters by P.G. Wodehouse. “Both celebrate wondrously funny, against-the-grain misadventures among the obtuse and undeservedly monied British nobility/gentry. Actually, any of Wodehouse’s multitudinous novels would fit the bill in today’s parlous times.” ~Bob Duffy

Lucky Jim by Kingsley Amis. “The first time I delighted in this hilarious novel was years ago when I was living in New York City. I would ride the subways and guffaw while reading it, garnering those wonderful, "What the hell is so funny?" looks from my fellow passengers. Lucky Jim is what the hell is so funny.” ~Heidi Mastrogiovanni

Straight Man by Richard Russo. “Rich with ironic humor and a deftly drawn narrator, and laced with yeasty and convoluted relationships, Russo's novel gives unanticipated meaning to the ordinary — a tender mercy, especially in the crisis we face.” ~Russell J. MacMullan Jr.

“When I think escapism, I think Christopher Buckley, with books like Thank You for Smoking and Little Green Men that combine sharp wit and madcap conspiracies to keep you laughing. They're a throwback to simpler times when the tobacco lobby and alien abduction were the biggest threats we faced.” ~Tara Campbell

The Throwback Special by Chris Bachelder. “A group of guys meets every year to reenact the famous 1985 football play when Joe Theismann broke his leg and ended his career. No need to be a football fan; this book is insightful, with an astute knowledge of these men and their manners, and it features some of the most hilarious dialogue I have read in a very long time.” ~Josh Denslow

Goodnight Moon by Margaret Wise Brown (there’s nothing so reassuring as cataloguing familiar touchstones); Charlotte's Web by E.B. White (who can hold out against a book about friendship and the power of words and love over death?); The Borrowers by Mary Norton (wily, endangered people living under the floors; Norton was inspired to write this when Jews were in hiding in Europe); and The Secret Garden by Frances Hodgson Burnett (such isolated children might as well be quarantined; the natural world is beautiful even when you’re hidden behind a wall). ~Ellen Prentiss Campbell

The Dictatorship of the Dress by Jessica Topper. “This romantic comedy will have you laughing as the heroine gets more than she bargained for while wearing someone else’s wedding dress. ~K.L. Romo

The Wee Free Men by Terry Pratchett. “Often described as ‘working-class Hogwarts,’ The Wee Free Men is the perfect escape book. It follows a young shepherdess on her training to become a witch. The Nac Mac Feegle, a group of fairy-sized Scottish Picts who accompany her, are probably the best part of the book.” ~Gretchen Lida

The Lust Lizard of Melancholy Cove and Island of the Sequined Love Nun by Christopher Moore. “There are funnier Moore books out there — Fool and Lamb, in particular — but these silly ones belong on this list for their titles alone. Bonus points if you park them next to the weightiest, most somber volumes on your shelf!” ~Holly Smith