A book on any other platform reads just as well. 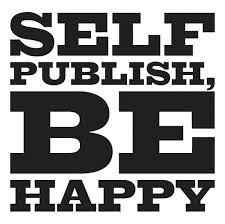 As many readers of this blog know (gee, I hope there are many readers!), I self-publish e-books. I have even gone so far as to enter the fray between “legacy” publishers and Amazon. I won’t go into my position again, since I am tired of checking under the hood of my car for bombs wired to the ignition. (Actually, having Sicilian blood in me, I just send my wife out to start the car.)

But some people believe that I don’t like print books! Nothing could be further from the truth. I love print books. I’d probably be living in a three-bedroom condo but for the fact that one of those rooms is full of freakin’ print books. (I also have two Kindles, a Nook, and various iPads, Androids, computers, laptops, etc., with reading apps on them; they don’t take up much space.)

I love the luxury of pulling one of my favorite Spenser or James Bond novels off a shelf and getting a transfusion of colorful writing. And as for more recent influences, I certainly don’t have a mindless antipathy toward legacy authors, as long as they haven’t turned into a publishing copy machine like you know who.

Take Robert Galbraith, whose debut thriller, The Cuckoo’s Calling (Mulholland Books), introduced British private eye Cormoran Strike, a disabled war veteran down to one leg and one client who unravels a twisty murder mystery amid a world of depraved rock stars and their leggy, luscious, and lustful supermodel girlfriends.

The writing is superb and evocative: “She looked away from him, drawing hard on her Rothman’s; when her mouth puckered into hard little lines around the cigarette, it looked like a cat’s anus.”

Good Lord. Needless to say, I couldn’t put the damn book down. Galbraith has since followed this tour de force with Cormoran Strike #2, The Silkworm (Mulholland Books), which has rocketed up the charts. Not bad for a guy who is really a “gal”-braith — J.K. Rowling, of Harry Potter fame. I can’t even begrudge this zillionaire entering the already glutted thriller genre. She’s a genius, and I love her new “potter-mouth.” No one can curse like a Brit.

I don’t limit myself to thrillers, though. I just finished a marvelous little debut novel by Pia Padukone, Where Earth Meets Water (Harlequin), about a man’s guilt over his feeling of invincibility after he survives terrible tragedies, one of which, the Indian tsunami, obliterated his family.

Writing with the sensitivity of the new generation of Indian authors, Padukone crafts an inspiring tale of sorrow, love, and redemption.

Good writing will be here forever. May the best man, woman, or pseudonym win!

Well, I have to run. My wife is just leaving, and I want to go to the back of the house.