Sustaining — and being sustained by — my online reading community. 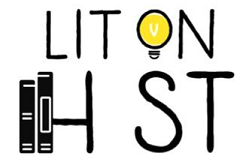 I first started the LIT on H St. Book Club with a fellow DC Bookstagrammer. The idea of it popped up during a conversation with Solid State Books’ (SSB) then events director. As a new bookstore, SSB was interested in reinvigorating the local literary scene, so they reached out to us for a brainstorming session.

The idea that immediately came up was a book club, but not just any book club — one run by women of color that focused on reading/amplifying literature by women of color. When SSB said, “Let’s make that happen,” that’s what we did.

Two years’ worth of monthly meetings and slowly building a community of DMV readers felt like a dream. With SSB as our home base, we met with beers in hand (because, yes, SSB sells adult beverages) for hour-long meetings that always ran over — and usually included book-shopping sprees inspired by titles mentioned during our discussions. Each meeting felt like an oasis.

So, when March 2020 hit and in-person events suddenly shut down, it didn't occur to me that we’d need to pivot to virtual events long-term. At the time, I thought we’d just push our March gathering to April. One full year later, there's a lot I’ve learned about hosting a book club, virtual or otherwise:

Hosting can become overwhelming when you’re struggling with mental-health issues. During the pandemic, like many others, I struggled with anxiety and depression. Everything felt so difficult, and I wasn’t coping in healthy ways. I’d depended on seeing familiar faces and connecting with fellow book lovers at our in-person meetings. The realization that it would no longer be possible to do so hit me hard. I completely disconnected and felt isolated. I credit members of our club for keeping it alive while I found ways to take better care of myself. Members like Erin, Carrie, Erica, and Casey stepped in to figure out the logistics of virtual meetings, hosted discussions, and kept everyone engaged via social media. A book club’s heart doesn’t come from its leader or host; it comes from its members.

Virtual silences feel longer than in-person ones. When you host meetings in person and ask questions to spark discussion, some initial silence is expected. It can even be welcome because it gives the host a chance to read members’ body language and faces to see if you’ve asked a great question. On Zoom, though, silence can feel like the death of the meeting. So, if you’re like me, you try to fill it with random, awkward jokes. The thing is, learning to lean into the silence actually encourages members to speak up more.

The chat feature is a game-changer. The other difference between Zoom silence and in-person silence is that, on Zoom, members too shy to speak up in person can quietly type their comments in the chat box. The beauty of this is that other members can then engage with those chat-box comments, creating an additional, no less valuable discussion.

Members can join in from wherever they are — however they are! One of my favorite things about having gone virtual is that we’ve been able to expand our club to include members from across the nation. I loved greeting readers at in-person meetings, but there’s truly nothing more liberating than being able to participate in a book club while in your PJs on the couch. I love knowing someone is joining in from New York or California because a friend told them about us.

I don’t know when Solid State Books — or any bookstore, for that matter — will return to hosting in-person, indoor events. I also don’t know what the future of LIT on H St. looks like. But I do know that I’m grateful the community we’ve been able to sustain during these difficult times has also sustained me personally.

LIT on H St. meets the last Sunday of every month and welcomes new members. Catch what we’re currently reading and learn how to join us here.

Show Us the Money

Isn’t it time BIPOC bookstagrammers were compensated for their work?

How an online community shifted the way I read.