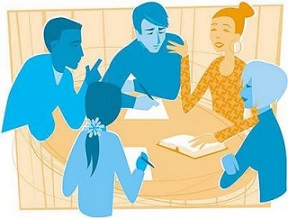 Last month’s Text in the City focused on how to find the perfect writing group. This month, I’ll share some tips for those of you who are looking to start or spruce up a group of your own. After sampling 10 writing groups over the past few years in DC, I’ve noticed some characteristics the most successful groups share:

AND JUST AS IMPORTANTLY, too important to be just another bullet point: Be brave. Read, write, submit, even when you think it’s not perfect (because it never will be). Groups only thrive when people are willing to take the risk of putting their best attempts out there. Nothing is more thrilling than getting swept up in a piece of writing by someone you know. So give your group a chance to experience that. Submit!

Where You Get More than You Pay for

Free writing classes in the DMV.

5 Steps to Finding Your Perfect Match (in a Writing Group)

The ideal one is out there somewhere...