19 Apocalyptic Reads to Help You Embrace the Nightmare

Who needs Halloween? These dark stories go perfectly with our scary new normal! 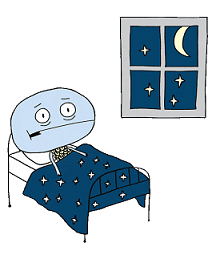 The Plague by Albert Camus. “All pandemic and plague literature begins and ends with this one. When rats start to die in the streets of Oran, few seem to take note. But then people start to get sick, and all the populace can do is watch and wait. Camus captures the helplessness and existential dread in the face of the disease, and the absurd — a feeling that we are all too familiar with at the moment. In the end, though, the plague subsides, and the survivors are changed but carry on with a renewed appreciation of life.” ~Drew Gallagher

VALIS by Philip K. Dick. “Set in California in the late 1970s, the apocalypse in this novel is in Horselover Fat's mind. Too many drugs and too much Gnosticism have destroyed his identity. Fat's work is to sort through absolute existential truth to reconstruct his mind and life. Seems like something we're all doing about now.” ~Y.S. Fing

Lord of the Flies by William Golding, Fahrenheit 451 by Ray Bradbury, and The War of the Worlds by H.G. Wells. ~David Bruce Smith

Batman: The Dark Knight Returns by Frank Miller. “A guilty pleasure is the well-wrought graphic novel. In Miller's transformational take on Batman, he demonstrates that one needn't have superpowers to be a hero — we just need the commitment to doing what's right. In these challenging times, we all should aspire to this.” ~Chris Rutledge

The Grapes of Wrath by John Steinbeck. “As we face another devastating economic time, Steinbeck teaches us the importance of people pulling together to face crises as one. Many will seek to divide us in the coming days. We cannot let that happen.” ~Chris Rutledge

“Revelation” by Flannery O’Connor. “The self-righteous Mrs. Turpin might sit in the doctor's office thanking Jesus that He had not made her white trash, ugly, or black, but in the end, she asks herself, ‘How am I saved and from hell too?’ Illness is the great equalizer.” ~Amanda Holmes Duffy

“I tend not to read a lot of post-apocalyptic fiction because it's so grim and easily imaginable, but Station Eleven by Emily St. John Mandel was too captivating to resist. It's a great example of speculative fiction that crosses genres: dystopian with a lush, literary feel. I also enjoyed The Marrow Thieves by Cherie Dimaline, a Canadian Métis writer who imagines a future in which indigenous bodies hold the ability to dream — something that has become scarce and thus valuable. It's technically YA, but like many YA books, it has crossover appeal.” ~Tara Campbell

This Perfect Day by Ira Levin. “As with all dystopian novels, this one deals with a complete loss of freedom. I found it terrifying when I read it as a teenager, and I find it even more horrifying now at 62, the age at which the population of the future society in This Perfect Day is humanely euthanized ‘for the greater good.’” ~Heidi Mastrogiovanni

Wool by Hugh Howey. “Imagine a world so toxic that simply going outdoors is a death sentence. And imagine you can receive that death sentence for uttering the wrong words...” ~Mariko Hewer

Malina by Ingeborg Bachmann. “Not a worldwide shutdown, this is a grim apocalypse of one. This feverish novel follows an unnamed narrator as she pulls apart from the inside, rending time and cohesion along the way, while two current relationships and a pivotal past one are set to destroy her.” ~Josh Denslow

The Rending and the Nest by Kaethe Schwehn. “This book has readers consider our new reality after 95 percent of the population is gone.” ~K.L. Romo

“The Birds” by Daphne Du Maurier. “Du Maurier’s classic short story — very different from Hitchcock’s film adaptation — has sudden disaster from nature escalating out of control, a government that’s partly reassuring, then wholly absent, and fear, dread, isolation, and more trouble looming. This one isn’t for the fainthearted — and just to clarify, it’s not really about those birds.” ~Art Taylor

World War Z by Max Brooks. “This was adapted into a film starring Brad Pitt. While the movie was good, the book is (yes, I'm going to say it) so much better! Brooks weaves various narratives to create a tale of a global catastrophe, crafting an ‘oral history’ of the ultimate pandemic. Riveting, terrifying, and brilliantly realized, World War Z gave me nightmares.” ~Kristina Wright

The Passage by Justin Cronin. "Although uncomfortably similar to Stephen King’s The Stand in too many ways, The Passage — another story of a government-concocted superbug running amok — offers some exquisite white-knuckle moments (including an especially heart-pounding scene in which plague-ravaged mutants chase after — and pick off, car after car — a train full of fleeing survivors)." ~Holly Smith

[Editor's note: This list originally ran in April. Remember that more innocent time, when we assumed this craziness was temporary?]

These new releases are sure to spark dinnertime discussion!