You Liked THAT Book?

In reading, as in life, there’s no accounting for taste. 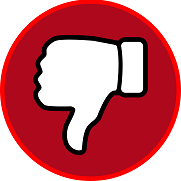 In the 1980s and early 1990s, I read two book reviews in New York magazine that were so vicious, so cruel, so entirely eviscerating of the novels they were assessing that I remember them to this day with a sympathetic wince for the authors.

One was Heartburn by Nora Ephron. While considering this book, the reviewer took the opportunity to observe that “a novelist does have an obligation to write a novel.” The reviewer then went on to explain why Ephron had not met this obligation. The observations were scathing. Among the mildest: “Books like this have nothing to do with art, or even entertainment.”

Since the truly wonderful and brilliant Ms. Ephron has sadly passed, I don’t feel that my revisiting this grumpy review will bring her any renewed hurt, but the recipient of the other, even more unkind, review is still with us, so I won’t share the book’s title.

That review includes the words, “one of the lousiest books of the year.” You can understand why I’m inclined toward reticence. But I do want to add that this particular book has a respectable rating of 3.84 stars on Goodreads.

So, yeah, not everyone agreed with the reviewer.

One of these allegedly earth-shatteringly awful books was published by Random House, the other by Knopf. If a manuscript passed muster with such reputable houses, it should have some merit, no? So what struck me about these reviews is that they called the authors’ innate ability to write into question.

My favorite contemporary novel is A Prayer for Owen Meany by John Irving. I love the story and the writing. The title character broke my heart. I envy anyone who hasn’t read this book yet because they have that exquisite experience to look forward to.

I’ve spoken to many people who share my adoration and enthusiasm. But then there are the others: “Oh, god, I hated that book, and that Owen Meany character annoyed the hell out of me.”

There are plenty of negative reviews to support such distaste for the book, including one in Publishers Weekly, which stated: “Irving’s storytelling skills have gone seriously astray in this contrived, preachy, tedious tale.”

You’ll note that I am apparently not concerned about hurting Mr. Irving’s feelings by sharing these thumbs-down reactions to A Prayer for Owen Meany. There are a few reasons for this:

1. It is a masterpiece.
2. It is Irving’s all-time-bestselling novel.
3. Its laudatory reviews and spots on “Best of” lists are legion.

So what’s the purpose of a book review? I want it to give me a sense of the story. I’ll make my decision about whether or not to read the book based on that. And if I’m also entertained by the reviewer’s voice? So much the better.

That review of the book I won’t name included this sentence: “Indeed, I’ve never read a novel that so compulsively previews and restates its own themes, hurrying back to them every few pages the way some people keep checking if they have left the stove on.”

Then there’s the iconic Michiko Kakutani, Pulitzer-winning former chief book critic for the New York Times. According to Wikipedia, “Her periodically harsh reviews of some prominent authors have garnered both attention and, on occasion, criticism.”

How harsh? Kakutani once called a popular book by an equally popular author “an odious self-portrait of the artist as a young jackass.”

I’ve enjoyed many of the books I have reviewed. I have even loved some of them. True, there was one that didn’t appeal to me much. The story was reasonably interesting, but the author’s style didn’t work for me. My friend, a reader as enthusiastic and dedicated as I am and a woman whose opinion I value, loved it.

I have a visceral aversion to negativity. While I was debating how to approach writing my review of the aforementioned book that didn’t thrill me, this wonderful article appeared in the New Yorker. It was written by Peter Schjeldahl, the magazine’s longtime art critic. Here is just one passage that spoke to me on a profound level:

“I retain, but suspend, my personal taste to deal with the panoply of the art I see. I have a trick for doing justice to an uncongenial work: ‘What would I like about this if I liked it?’ I may come around; I may not. Failing that, I wonder, ‘What must the people who like this be like?’ Anthropology.”

It immediately made sense to me to approach a book I didn’t love in this way. I would write about the story, the style, what spoke to me (there were several things that did), and what might appeal to readers whose tastes are different from mine.

In my review, I used the words, “This is not a book for people who savor…” and “This is a book for readers who prefer…” It felt good, and it’s an approach that I look forward to using for all my future reviews. State the themes, the pluses, and the minuses, and then let the reader decide.

I think writing a very negative review is permissible, even useful. The nameless reviewer of the title-less book I have been referencing argues his case in eloquent terms I can’t refute:

“It feels weird being so hard on a book of such heartfelt, overwhelming virtuousness, but it also seems necessary. As a reader and critic, I resent being morally railroaded, especially when the product is pure pulp.”

It’s a valid choice, the same way the ending to the film “La La Land” was a valid choice (do not get me started on that). It’s just not the choice I want to make.

And I would not have ended “La La Land” that way, either...

Heidi Mastrogiovanni is the author of the comedic novel Lala Pettibone’s Act Two (finalist for the Foreword Reviews Book of the Year Awards) and the sequel, Lala Pettibone: Standing Room Only (Amberjack Publishing). With James Napoli (The Official Dictionary of Sarcasm), she is co-host of the “Movies Not Movies” comedy podcast. A dedicated animal-welfare advocate, Heidi lives in Los Angeles with her musician husband and their rescued senior dogs.

6 Fall Books to Fall Into