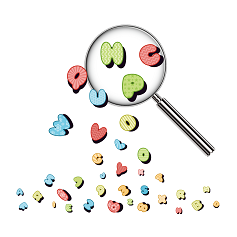 In accepting the Medal for Distinguished Contribution to American Letters at the November 2017 National Book Awards, Annie Proulx sent a little frisson of joy up the collective spine of writers of a certain age when she reminded us, “Although this award is for lifetime achievement, I didn’t start writing until I was 58…”

That exhale you heard was us saying, “Yes! There’s still time!” Coincidentally, that was also the title of a column I wrote in 2015 that ticked through other late-blooming authors (though, oddly, I overlooked Proulx, one of my all-time favorites if we ignore Barkskins).

The thing is, there isn’t necessarily more time, or, perhaps, not quality time.

In my interview with Des Cooper in July 2017, we discussed our relative late starts in our writing careers. I joked that at least writers get better with age, but of course I know that’s not always true. Cooper is challenged from having suffered a traumatic brain injury in a car accident, and I, well, I’m just losing words.

For several days now, I’ve skipped past a spot in my work-in-progress as I’ve tried to remember the word for someone who questions the existence of God. Not an atheist but an ____?

Yes, everyone reading this just helpfully called out, “Agnostic!”

If only you could all crowd around my desk while I’m writing, it would save me a lot of aggravation.

Of course, I have The Machine here at my fingertips — I think most people call it Google — ready to spit out any word whenever I supply the definition. But that misses the larger point, which is that I am losing words.

One of the things I’ve enjoyed most about writing is finding exactly the right word or phrase to capture the moment or embody the character I’m writing. That rightness, that nuance is, to me, what separates the exceptional from the adequate.

More and more, those perfect words elude me. I know they’re there; I can feel them, almost taste them on my tongue, but I cannot seem to bring them forth onto the page. I knew that I was in real trouble when I started to use a thesaurus, a reference tool I’ve disdained as useless for having no sense of nuance.

I know when I have the wrong words. And there are oh so many of them.

It’s not just coming up with the words themselves, either. Long ago, because my mother despaired of my problematic spelling, she took it upon herself to give me a vocabulary list every week, on which she then tested me. (I was somewhat vindicated when she walked into my third-grade classroom on Back to School Night and immediately spotted several misspellings on signs that Miss Swinford had posted around the room.)

I didn’t go on to win any major bees, but at least I got the hang of parsing the randomness of English spelling.

No more. I can’t spell anything correctly these days. Often I simply keep typing different letter combinations until spellcheck can guess what it is I’m getting at. And heaven help me if “incite” ends up on the page as “insight,” and I don’t even notice.

(Plus, it doesn’t help that Word believes there is no such word as “incite” — even though its own thesaurus coughs up a long list of synonyms for it. I’m used to Word’s grammar nanny being completely wrongheaded, but c’mon.)

Sometimes I’m amazed to watch what’s in my head get completely garbled as it translates through my fingers onto the screen. If I don’t notice it in the moment, that first read-through jerks me up short — “Where did that come from?” — and not in a good way.

I’ve noted my decaying facility with language almost from the moment I graduated college (eons ago), but that decline has accelerated over the last decade. I’m a gardener, my husband is not, but I have taken to looking to him to remind me that the plant I’m trying to name is a camellia or a caladium or a coleus.

Speaking presents even more of a challenge as, inevitably, I come to the last word in my sentence and have no idea what it is. I’ve learned to give myself a single beat before giving up on the right word and opting for a merely adequate one.

Wow, what a serious downer! No, just a reminder that time is consistently our most precious commodity. Professional writers can typically count on having a longer run than, say, professional athletes, but it’s never something to bank on.

Still, the wonderful thing about writing is that it includes rewriting, when it’s possible to finally uncover that perfect word.

Learning as You Go

Encountering raptors and royalty on a recent Scottish sojourn.

What Makes a Good Editor?