Exploring the artist’s responsibility in times of turmoil. 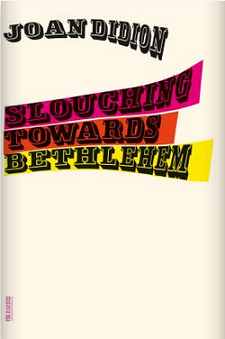 “I thought it was important always for the reader for me to place myself in the piece so that the reader knew where I was, the reader knew who was talking...At the time I started doing these pieces it was not considered a good thing for writers to put themselves front and center, but I had this strong feeling you had to place yourself there and tell the reader who that was at the other end of the voice.”


On the second anniversary of this column, I am able to reflect more clearly on the place of the personal essay in my writing. I was conscious that I didn’t really like bringing myself into my essays, but it appears after some writing, and more reflection, that it can be an honest place to be.

No one today can be truly apolitical or claim to be unaware or unschooled in this Age of Noise.

You have to hear something, right? Thus, it is only honest to make reference to my tribe, my history, my ethics, my imperfections. But for the writers I read when I was growing up, there was no such imperative. Artistic output was not a function of morality or placing oneself in a context.

We are at a curious crossroads. If I do not speak up politically, am I, in fact, a bystander to history’s worst moments? Silence can be construed as denial. Ibram X. Kendi says, “Denial is the heartbeat of racism, beating across ideologies, races, and nations.”

I am not unique in my invocation at this time of W.B. Yeats’ poem “The Second Coming,” which I have often thought of since the early 1990s while reading Lord of the Flies and watching my hometown of Bombay torn apart by the 1992-93 riots, followed by bombings of major landmarks by terrorists in 1993.

It is suggested that over the hundred years since it was written, this poem has been quoted most often in the last four years, as totalitarianism has started to tip the balance of the earth. Humans have upended the table of the planet, and the chess pieces have fallen off.

Perhaps they will be picked up, but by whom? And where am I in all of this? Where are you?

Yeats wrote the poem in 1919, at the time his pregnant wife was recovering from an almost lethal bout of the Spanish flu, which, in some areas, had claimed the lives of a majority of pregnant women.

Joan Didion’s famous title essay in Slouching Towards Bethlehem (1968) was inspired by a line in “The Second Coming.” She writes, “The Center was not holding. It was a country of bankruptcy notices…People were missing…”

But even as she has revealed so much about herself and her observations of America, Didion says, “Writers are always selling somebody out.” Does that mean that when we shine the light on truths or take a stand, we have to actually call people out, too?

I am hesitant when the time comes to do that, instead turning to writing poetry, hiding out in my fiction.

When Orwell said, “What I have most wanted to do…is to make political writing into an art,” I think that is, in fact, what so many writers are trying to do in a way that has never been explicit before. We are no longer able to live lives separate from our art; we are accountable.

Activist writing is by no means a slam dunk. Neither is the personal essay. But as a genre, it is now where some of the finest writing lies. But it is also in the surprises of what actually happens in real life that brings me back to my own sense of faith in other humans. What really happened to the boys of Lord of the Flies? They ended up in a lifelong friendship, says Rutger Bregman in “The Real Lord of the Flies,” an article in the Guardian:

“The real Lord of the Flies is a tale of friendship and loyalty; one that illustrates how much stronger we are if we can lean on each other.”

So, where am I? My purpose is real. The intention to write is all I have. If it is “intended for the courageous,” as Jason Reynolds says in For Every One, then I am courageous. But as I fulfill my purpose, I am also responsible for my actions. Accountable.

Leeya Mehta’s new collection of poems, A Story of the World Before the Fence, is available here.

Figs on a Hill

Poetic inspiration for the holidays