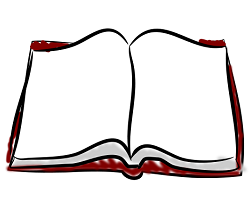 It always appears somewhere, usually way in the back, the size of a stitch.

Absolutely no one would ever bother to find it, except my mom, but millions have read my work. I’m a bestselling author just like the writer who penned the list of rules on the Metro in Washington, DC, that I used to ride to work every day: It is the law to not eat, drink, smoke on the Metro and do not litter.

I first grasped the value of having a built-in readership while living as a single parent in Baltimore. Somehow, my stack of creative projects and delusions of getting a big book advance did not sustain me. Indeed, they barely covered my babysitting bills.

Then Time-Life Books called. They’d found my résumé in their files. (Now defunct, this landmark publisher once produced a book series as shiny and necessary as the Encyclopedia Britannica gathering dust in every middle-class American basement.)

Could I write on alternative treatments for skin ailments for $2,000 a month?

Dermatitis: “Men who wear pierced earrings or other forms of jewelry are far less likely than women to develop contact dermatitis from nickel.”

After researching a few of these entries at the Johns Hopkins medical school library, I became such a regular at the reference desk that they started to guess the next skin ailment.

At first, I felt like a hack, but often I found myself intrigued by quirky facts — men aren’t as allergic to jewelry as women! When the paycheck came, enough to cover my full expenses for a month, well, I liked that very much.

Thus, I entered the land of the microscopic byline.

My next client was National Geographic for Kids magazine. Three times a week, I went on location and compiled elaborate packets of information on everything from orangutans to why female praying mantises eat their mates (kids love gore).

I then moved into the educational-projects division and wrote Geological Desk Reference entries before hopping over to the book division, where I penned two-graph biographies of famous people like aviator — and noted Nazi sympathizer — Charles Lindbergh.

Still, I churned out the paragraphs, got my six-point-font credit in the back somewhere, and had hundreds of thousands of readers.

It turns out, all of this was simply a warm-up for the huge challenge of my next gig: penning content for textbooks to be used by over a million schoolkids in Florida, Texas, and California. Actually, McGraw-Hill/Smithsonian sold the books all over the country, but as any educational-publishing expert will tell you, these three behemoths — two of which are dominated by conservative Christian populations — are the only ones that count.

My assignment, if I chose to accept it, was to scour the Smithsonian American Art Museum’s collection with key themes in mind — family, race, gender — and identify two or three pieces of art per subject per “unit.” The text portion involved penning some backstory on the works, along with questions teachers could ask students.

The job paid a lot. But, trust me, not enough.

If I didn’t add a bit of flair here and there, I’d be responsible for inflicting the most boring class imaginable on scores of unsuspecting kids. That meant, among other things, trying to figure out how to include the fun, life-sized driftwood horse sculpture on the museum’s third floor while avoiding the creepy pre-colonial paintings of bug-eyed children.

I succeeded — at least until my prose went through the requisite organizational wash cycle: my editor, her editor, the head of the museum, then back to my editor. Then onto McGraw-Hill, which had its own editorial wash cycle.

(Here’s where I add that many of these blurbs ran fewer than 300 words yet somehow took months to iron out.)

Somewhere in the middle of all this, I learned to let go. My byline would be nothing more than a “credit” — a very tiny one — without any sense of ownership attached. (On the bright side, the experience reinforced my commitment to punctuality. Miss a deadline on a work-for-hire project and you never get another one. Ever.)

This approach helped me later when I started to publish my own books and essays that included my prominent byline in a readable font.

When it graced the cover of a book on the Wright Brothers for National Geographic, I counted it as one of the greatest days of my professional life. My name in 18-point font, with a special cursive flourish added for a touch of style.

But even that was work-for-hire. When nearly every public library in America ordered a copy as part of the centennial of flight anniversary in 2003, I made no extra cash and received no royalties. National Geographic owned my words.

No matter. In the end, it’s readers who own it all, bylines be damned (or ignored).

Years later, after I left DC for a job at Central Connecticut State University, I got a call from someone in California’s state education department. They wanted to use some of my old Smithsonian Magazine columns as writing samples on the verbal portion of a standardized test. Would I grant permission?

Once again, millions would see my work, and this time, my byline would be front and center!

Sweaty high-schoolers, resenting every moment of the experience, would read my prose and…well, probably shudder, curse my name, and ask for a bathroom break.

“Sure!” I said, always happy to have my byline out there somewhere.

Mary Collins is program coordinator of the Writing Minors at Central Connecticut State University and author, most recently, of her own book, At the Broken Places: A Mother and Trans Son Pick Up the Pieces (Beacon Press), and a mixed-media creative project that has made no money.

We here at the Independent love every piece we run. There are no winners or losers. Seriously, though, here are November’s winners.

7 Best-Reviewed Books of May