Book Blog in Prose as Profession

It’s okay to write about what you don’t understand. 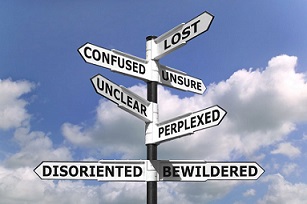 The most confusing piece of advice writers are given is to write what they know. It’s easy for someone to suggest this, but what does it mean? This question lingered in my mind as I sat down to pen this latest column.

One of the mistakes we make as beginners is that we fail to write about things that are known to us. There can be a number of reasons for this. Many times, the subject we wish to explore is too personal.

This happened to me when I began writing seriously. I allowed someone who wasn't even a writer to tell me I should take everything that ever occurred in my life and put it on the page. Of course, her reasoning was it would help me in dealing with some difficult situations. How wrong she was! All I wanted was to become a writer, not solve problems that weren't as bad as she made them appear.

I didn’t feel comfortable writing about myself. So instead of gaining confidence, I lost it. As a result, the stories I really wanted to tell stayed inside of me. I thought they would never get written, and as long as I continued to write about myself, they wouldn't.

So I put my writing career on hold. I felt as though I didn't have anything interesting to say, so what was the point? Of course, while I was stewing in my own misery, a lot of great writing was being published. More and more authors were discovering they could write what they knew without it having a negative effect on them.

If I could not force myself to write, I would read. Reading allowed me to expand my knowledge, improving my writing when I felt the urge to create again.

Had it not been for such authors as Grace Metalious, Maya Angelou, and Harper Lee, I would not have had the courage to go after the stories I needed to write. These authors, and many more, taught me about the world. I learned from them that I had the ability to write about anything. So what if a story centered on controversy, as in the case of Metalious’ work? Controversial topics make for fascinating reading.

Because of everything I'd read, writing about what I knew got easier. With the newfound knowledge I gained, I could weave together stories I never thought possible. This made research a necessity, but I considered such a task another way to improve upon my expanded inventory of information.

As you can see, “writing what you know” doesn’t always mean writing about yourself. Sometimes you have to step back and look at something from a different perspective. We get to know others and ourselves through reading and observation. As writers, it is our job to pass what we have learned on to our readers. Then they will be able to share in the same experiences that shaped us.

When it comes to writing, don't always go it alone.