The Revolution Will Be Romanticized

An undervalued genre demands its seat at the table. 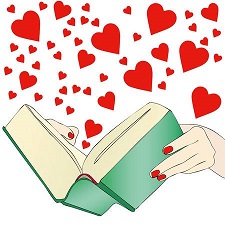 I’m spending my weekend surrounded by other women at a hotel in Houston, and I admit the scene is a bit of a spectacle. It’s hard to bring together more than 300 women without it being that way, but maybe more so when the group is made up of writers. Specifically, romance writers.

I suppose it could be inspiring to be surrounded by any group of like-minded people highly motivated to succeed in their chosen field. But romance writers are different from the people I’ve met at other work-related gatherings.

Some of the women here are friends of mine, and some I’ve just met. Most come from another field — they are doctors, lawyers, defense contractors, veterinarians, social workers, and teachers. They’re mothers and wives. Some of them are making almost nothing from writing, some are going to make seven figures this year. Most are going to pull in something in the middle.

They are successful, intelligent, and overwhelmingly kind. The books they write — the titles they release consistently and determinedly — dominate the charts and account for more reader dollars (29 percent, according to a 2015 statistic) than any other segment of the popular-fiction market.

In other words, I’m at a serious meeting of fiercely determined businesswomen discussing best practices and mentorship.

I stepped out of the meeting areas to track down a Diet Coke. (The days are long and packed. Caffeine is required.) I sidled up to the bar and signaled the bartender since, at this fancy hotel, vending machines are not a thing.

A few men seated at the bar watched me with intense curiosity. Finally, one of them said, “Are you with the romantic people in there?”

“What exactly is going on?” he asked.

“It’s a mastermind meeting,” I explained. “Writers working in the romance genre are sharing best practices and discussing the business.”

He laughed. “So you’re learning how to write about sex?”

I swallowed hard and turned to him. “This isn’t a craft meeting,” I said. “The writers here have been invited — most are at a certain level in their careers, so we are more focused on the business side of romance publishing.”

Another confused snicker. “And it’s all women in there?”

“There are several men, actually, but, yes, predominantly women.”

“What do the men write? Gay romance?” His mystified eyes were wide.

I sighed and explained that they were just as likely to be writing romantic suspense or contemporary, but that, yes, some writers did focus on M/M books and other alternatives to straight romance.

“So you’ve had, like, actual books published?” he asked.

I told him I had, and even helped him verify this fact by showing him my name tag so he could look me up online. He laughed and showed his phone to the other men. As they scanned my books, they made a few jokes about the titles and covers.

“So there are some other people in there who have published books?”

“Everyone in there has published books,” I confirmed.

I gave him a little rundown of the kinds of accolades many of my colleagues have enjoyed in their careers. He seemed legitimately surprised, and as I took my Diet Coke and bid the men goodbye, I couldn’t help feeling annoyed at myself for becoming defensive in the middle of the conversation.

But my experience at the bar was not unusual. Every writer at the conference has undoubtedly found themselves asked to defend their work at some point. I understand that those who write literary fiction sometimes feel that those of us working in genre are somehow less writerly, less admirable.

And that’s annoying, but most genre writers I know take solace in the fact that they have active reader bases who clamor for their stories, which are being consumed and enjoyed, and which they are paid well to publish.

Still, only romance authors are repeatedly held up as objects of amusement for what we write. Certainly, David Baldacci and Lee Child aren’t asked to defend their stories, though thrillers are also genre fiction.

I know why this happens, and I’m guessing most of you do, too. And maybe it’s silly for me to be bothered enough to write about it. But look at romance fiction at its roots — books written largely by women, featuring women who fight the odds, who refuse to be subjugated, who stand up for themselves and win their happy endings.

These books were first written at a time when a woman in this country couldn’t have a credit card in her own name, when women couldn’t hold the same jobs as men and were certainly not paid the same.

These books grew in popularity as women in our country took on roles and responsibilities previously kept from us. The rise of romance fiction mirrors the rise of female power in our culture — in a way, these books chronicle and fuel what writer Sarah MacLean calls a revolution, one that is not over.

No wonder they are met with fear and derision by some men (and some women). Revolutions are scary. Especially to those who feel their power eroding.

I’m proud to be a woman working in romance fiction. I’m proud to be a foot soldier in the quiet revolution taking place in this country and around the world. And I am proud to have been invited to this gathering of writers toiling together to push the interests of women, hope, and love forward at a time when the world desperately needs these things.