The Politics of Anti-Intellectualism

A little learning can be a dangerous thing. 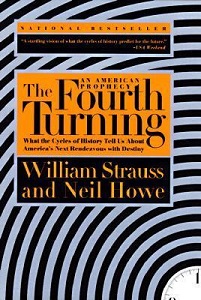 It will come as no shock to you that politics is a fairly anti-intellectual profession. The people who run our government and make our laws spend too much time shaking hands, making small talk, and running around to delve into serious reading or reflection.

President John F. Kennedy, even though he was a Harvard grad and won a Pulitzer Prize for his Profiles in Courage, felt the need to institute an intellectual-in-residence at the White House, appointing Arthur Schlesinger Jr. to that position. (It turned out that speechwriter Ted Sorensen actually wrote most of Profiles.)

As Ben Alpers blogged back in 2009 for the Society for U.S. Intellectual History (who knew!), Schlesinger more or less invited himself after helping Kennedy in his campaign by suggesting it might be useful to have “someone in the White House concerned with long-term projects, definition and presentation of programs and policy, independent program review, and the like.”

Kennedy’s immediate successors tried to keep the post filled but were only partially successful. Lyndon Johnson, Gerald Ford, and Richard Nixon had only limited use for an intellectual-in-residence and their relationship with appointees varied from stormy to indifferent.

Alpers quotes Robert Goldwin, a protégé of Donald Rumsfeld who became Ford’s resident intellectual, as to why he even preferred to avoid the term: “There is something fishy about the word ‘intellectual.’ I think of ‘intellectuals’ as people who have a real distaste, sometimes even contempt, for the common sense approach, which is fundamentally the political approach.”

Jimmy Carter never filled the position, nor did his successors through Barack Obama. Alpers, an intellectual historian at the University of Oklahoma, concludes that the short-lived post wasn’t really about respect for intellectuals.

“The phenomenon of the White House intellectual-in-residence may have, instead, been a kind of apotheosis of the celebration of expertise in post-war American political culture,” Alpers wrote in his blog. “White House intellectuals could burnish the court of the imperial presidency. But as both that vision of the presidency and the status of intellectuals — and social scientific experts in general — began to wane, the logic of this never-entirely-logical post faded as well.”

Which brings us to Donald Trump and his in-house intellectual guru, Steve Bannon. Bannon is not officially an intellectual-in-residence — he has a raft of other titles, starting with senior counselor to the president — but he is definitely in residence and certainly has at least intellectual pretensions.

Which may not be such a good thing.

“Most ominously,” wrote Caldwell, an editor at the Weekly Standard who is working on a book about the rise and fall of the post-1960s political order, “he is an intellectual in politics excited by grand theories — a combination that has produced unpredictable results before.”

A cottage industry has sprung up trying to figure out what makes Bannon tick by looking at what he’s read. The book he featured in his 2009 documentary “Generation Zero,” for instance, was a cyclical view of history by Neil Howe and William Strauss, The Fourth Turning: An American Prophecy, first published in 1997.

The book’s thesis is that history repeats itself in an 80-year cycle of four generations, and we have entered the fourth “turning,” a crisis that involves destruction of the established order to make way for a new “high” time of prosperity, followed in turn by an “awakening,” and then an “unraveling,” before another crisis sweeps it all away again.

None of that is very cheery, but it’s virtually Pollyanna compared to another book said to influence Bannon’s thinking. The Camp of the Saints, a 1973 novel by Jean Raspail, depicts a wave of Third World immigration into Europe that leads to the collapse of Western civilization. Raspail has always been controversial, even though he was honored for his work by the Academie Française, and the book was widely condemned as racist when it appeared.

In the meantime, of course, we have had Michel Houellebecq’s Submission, a much gentler fiction about a Muslim president in France, and a National Front leader, Marine Le Pen, neck and neck for the lead in the polls for France’s presidential election this spring.

Bannon also apparently likes the works of Charles Maurras, a reactionary Catholic nationalist in early 20th-century France. He was an organizer of the right-wing Action Française and a proponent of integralism, a precursor to fascism that says the country more important than the individual.

Starting to feel a little queasy about having an intellectual-in-residence at the White House? There will doubtless be more articles about the books that have influenced Bannon’s thinking. Kind of makes the typical glad-handing shallowness of politicians a little more appealing.