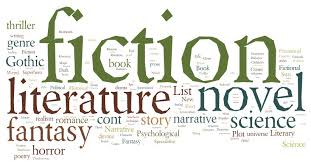 So, today, I think I’ll talk about genres and point of view. (I can almost hear people turning off their computers, but hang in there; I’m going to throw in some sex!)

My primary genres are thrillers and mysteries. My novels are not what can be described as literary (as anyone who has read one of my sex scenes can attest). I am beginning to experiment with other genres, including science fiction. Not the science fiction of Dune or the Ming-the-Merciless fantasies of weird civilizations in other universes where everyone has a name spelled off an eye chart, but rather stories about what science may look like in the not-too-distant future.

I know I have to be careful, since things are moving at such a pace that the “fiction” part, no matter how outrageous, may be fact before you know it. When I was in high school, I was fishing under a clear night sky with my cousin Al, ruminating on the origins of the universe. (It was a slow night; the fish had better things to do.) Anyway, I suggested that “in the beginning,” as they say, there was “nothing.” Then, for no particular reason, all the heavier “nothing” got together and formed the universe.

We thought that was quite hilarious. (There may have been beer involved.) But, a couple of years later, there was an article in the New York Times by some distinguished physicists saying basically the same thing. Only they used bigger words and threw in the Big Bang Theory, so that people wouldn’t think they made it up out of thin air (or, maybe, a vacuum). Just for the record, neither Al nor I pursued our theoretical leanings; we discovered girls. Probably couldn’t have gotten into the prestigious universities those physicists were not teaching classes in, anyway.

Another genre that I’m toying with is children’s books. My wife and kids have been pressuring me for years to write down some of the “Cowboy Bob” stories I told those kids when they were little. The pressure has mounted now that there are a couple of grandkids allegedly dying to read the stories (the oldest of whom who has already written one on his own because, as has been pointed out, he isn’t getting any younger).

It isn’t as easy as it sounds. For one thing, some of my tall tales were only slightly less ridiculous that my universe-from-nothing idea. For another, it’s hard to switch from writing thrillers for adults to penning a cute story about the Old West for 8-year-olds. My first attempt brought a gentle chiding from my daughter-in-law that I might want to tone down the abductions and killings a bit. That may take some doing, since those were the two main entertainments of both the settlers and the Indians at the time. But I’m going to give it another shot.

Now, for point of view. My thrillers are written in the third person, which allows me to get into the heads of all the characters and describe scenes away from the action, so to speak. The mysteries are first-person, because it’s easier to leave things to be discovered by the reader when the protagonist doesn’t know where he or she is going. (No snide remarks about writing sex scenes in the first person, if you please.)

Of course, I occasionally “cheat” in the first-person narratives, using prologues and similar devices, typically in the third person, to set up a plot device. I know some authors have experimented by writing in the second person. I can’t quite get my head around that. All I can say is that you must be a hell of a writer to pull that off. And how do you write a sex scene in the second person? It must be an out-of-body experience.

Hmm, come to think of it, that would probably work well in science fiction.

Lawrence De Maria’s 10 thrillers and mysteries are available on Amazon or through his website. He would love to hear from you through his site or via ljdemaria@aol.com.