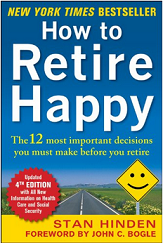 On December 31, 2018, my best friend since first grade retired from her job as a professional photographer for the federal government. Over the course of 31 years, Susanne has flown in fighter jets and gone behind the scenes at the space-shuttle program with NASA, photographed high-speed ballistics tests for the Naval Surface Warfare Center, and deployed to Kosovo in support of U.S. troops with the Army Corps of Engineers.

In her final 13 years, with the Architect of the Capitol, Susanne documented renovations of historic buildings and monuments, photographed presidents and other U.S. dignitaries lying in state in the Capitol Rotunda (Presidents Ford and Bush, Senators Inouye and McCain, among others), and participated in three presidential inaugurations.

(Great story: At the most recent inauguration, she and the other photographers sharing one of the elevated platforms built for their use — offering not only a bird’s-eye perspective of the inauguration stage but also sweeping views down the Mall — looked at each other and said, “Where is everybody?”)

Susanne has been actively planning her retirement for many years, with a view to selling her Maryland house and spending winters in Arizona and summers in Maine. So, in late January, we packed up her car with the stuff too critical to go in the moving van and drove from Rockville to her new townhouse in Gold Canyon. We got there in a stunning three-and-a-half days, a journey made tolerable by the accompaniment of Michelle Obama reading Becoming to us during our 12-hour travel days.

Along the way, we discussed a point that Stan Hinden made in his book How to Retire Happy: the practical consideration that — whatever else you might think of your job or your co-workers — the office represents a support structure you can’t appreciate until it’s gone. Building your post-employment community is vital. You need to find your tribe.

All of this goes to say that I’ve been both an observer of and an active participant in my best friend’s Operation Next Step, which begs the question for me: What’s my next step?

I hesitate to state that I look forward to transitioning away from a full-time career so that I can finally dedicate myself to writing. For one thing, most of my current job does involve writing, sometimes even a bit of creative storytelling.

But I understand how maddening this idea is for freelancers in today’s gig economy who struggle to be paid a living wage. The last thing they need is someone who opted for a steady paycheck, 401(k), and employer-sponsored healthcare undercutting them by being willing to write for free. It’s a justified fear.

Whatever my next step is, though, I know that I’ve found my tribe: the exceptionally generous, deeply interconnected DC writing community, which is welcoming to all of us no matter how we arrived here. DC authors are perpetual boosters of each other, celebrating every achievement as a collective win.

The support isn’t just at the individual level, either. Our many treasured indie bookstores (all feted last Saturday during Independent Bookstore Day) are so generous, they often give social-media shouts-out to each other. And many host readings and book launches by local debut authors woven in among the bigger names.

To the benefit of the writing community, there is a natural and thriving relationship among the Writer’s Center, the Independent (and its Washington Writers Conference), and the Gaithersburg Book Festival. Together, these concerns provide the budding author with support for perfecting her craft, finding a path to publication, and celebrating the final result.

So I can answer for myself that this is where I want to spend more time, that I have found my post-work-life tribe. I’ll be staying put in the area after I finally leave the workaday world. But I also know that, lately, I’ve been restless and distracted, with a heightened sense that time is accelerating in a way Einstein did not calculate.

I blame some of that restlessness on knowing my friend’s days are no longer ruled by an alarm clock. For her, it’s rather as though time is slowing down a bit. It also doesn’t help that she continually suggests great vacations, if only my job would stop getting in the way.

Since I’m writing this from Gold Canyon, Arizona, where my husband and I are visiting for the second time since the January road trip, it’s hard to argue that my job is getting in the way too much. Next up is my friend’s early summer transition to her place in Maine.

Come to think of it, I do some of my best writing in Maine.

Of Pitching and Publishing