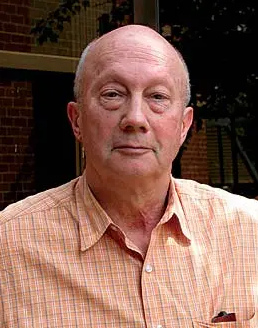 Phil Harvey, a sometime reviewer and longtime supporter of this journal, died last week. Let me try to explain why the news rocked so many people in so many places around the planet.

Unless you live in a cave, you’ve seen the commercial. Hot babes cluster happily around a bearded guy in expensive clothes. Revelers revel in smoky lighting. The soundtrack is upbeat, and a voice congratulates “the most interesting man in the world,” who (it turns out) drinks the sponsor’s alcoholic beverage.

Every time I saw it, I shouted at the screen: “That’s wrong. Phil’s the most interesting man in the world.”

I didn’t think so when I first met him in a writers’ group. Slender, quiet, with sleepy eyes, Phil didn’t stand out in a room of voluble literary wannabes. His wardrobe was Early Yard Work, topped by ball caps he folded and stuffed in his back pocket. His age was incalculable. But the eyes, cool and watchful, had seen a good deal.

He pitched into our critiques of each other’s work on Saturday mornings. He was a shrewd reader, impatient with indirect storytelling. One of his mantras was, “Remember the lazy reader. Don’t make it so hard.” His short stories and novels followed his dictum. They were spare, crisp, closely observed, and relentlessly ironic. Phil’s fictional worlds weren’t sunny. Many of his stories were published.

Phil shocked me one Saturday when he distributed a book he had just published. What? We’re beating our brains out to get into print, and he just casually brings in something already Out In The World?

The title struck me as odd: The Government vs. Erotica: The Siege of Adam & Eve. The cover bordered on salacious. This was weird.

That’s when I discovered that I had no idea who Phil was. The story — told at greater length here and here — would be implausible for a fictional character:

One Saturday, I asked Phil why he looked so worn out. He had just returned, he explained, from the round-the-world trip he made a few times every year to check in on the projects his programs sponsored in the Philippines, or India, or West Africa, or Brazil. He was thinking he should cut back on the travel.

Phil had so many sides. His first book, Let Every Child Be Wanted: How Social Marketing Is Revolutionizing Contraceptive Use Around the World, explains what he learned in decades of designing and supporting prevention of unwanted pregnancy and AIDS.

Phil’s libertarian convictions fueled his recent Welfare for the Rich: How Your Tax Dollars Ended up in Millionaires’ Pockets — And What You Can Do About It. Before that were Government Creep: What the Government Is Doing That You Don’t Know About and The Human Cost of Welfare: How the System Hurts the People It’s Supposed to Help.

And then there’s Phil’s novel, Show Time, which our writers’ group read; it portrays reality television run amok. Phil had no trouble imagining dystopia. He saw versions of it as he traveled the world, trying to help people.

I have a personal reason to be grateful to Phil, which readers of this piece share. When we were attempting to start this nonprofit journal, I tried to raise money to pay the bills. I was bad at it. One potential donor, exasperated with my bumbling, explained that I should ask for commitments for multi-year donations, with regular reports back of our progress so the donor would know that she or he wasn’t tossing dollars down a rathole.

So I sent a message to Phil with that carefully calibrated request. He immediately called. He said he would give the amount I proposed, but he wanted to donate it all now, that day. Five years later, he did it again. Who does that? Phil did.

Many other people were much more important to Phil than I was. But he, and his example, are important to me. A quiet man. Thoughtful. Easy to miss even in a small group. Yet I don’t know anyone with a more consequential life.

Or anyone else I could have shouted was the most interesting man in the world.

David O. Stewart was the first president of the Washington Independent Review of Books and currently serves on its board.