In honor of National Library Week, a look at a peerless scholar who understands the value of libraries, education, and books. 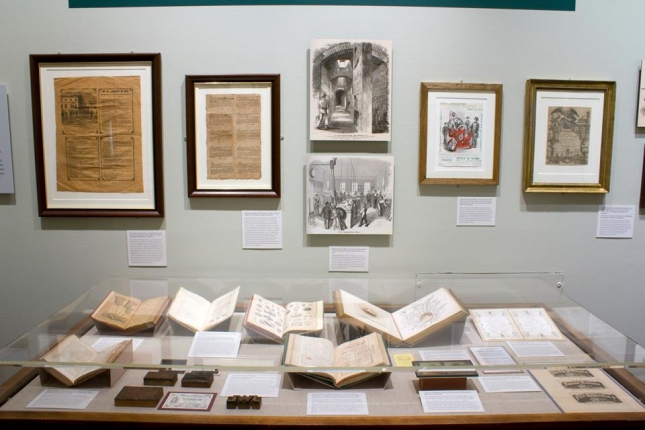 National Library Week is April 13-19th. Sponsored by the American Library Association and libraries around the nation, the week — which was first observed in 1958 — marks the annual celebration of all things library-related. Among other goals, it serves to shine a spotlight on the tremendous community resource that libraries are and to encourage people to use them (and to read!).

In central Philadelphia is one of the greatest of our libraries — the Library Company of Philadelphia (LCP). Free and open to the public, it is an independent research library founded in 1731 by Benjamin Franklin, who organized a group of subscribers who, by pooling their resources, were able to purchase books from abroad.

Among the oldest cultural institutions in the nation, the LCP served as the Library of Congress from the Revolutionary War until 1800, when Philadelphia was the nation’s capital. Its vast holdings — some of the strongest sections of which deal with African-American subject materials, science, medicine, economics, architecture, and education — include more than half a million rare books, pamphlets, manuscripts, ephemera, prints, photographs, and art works, as well as titles from Benjamin Franklin’s private library. 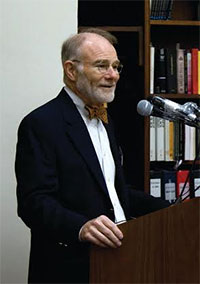 Since 1985, the director of this massive cultural treasure has been John C. Van Horne, 64, who plans to retire in May. A Princeton graduate who earned master and doctoral degrees from the University of Virginia, John came to the LCP as a dedicated scholar of American history. Prior to that time, he was part of a scholarly project producing books on the works of noted American architect and engineer Benjamin Henry Latrobe (1764-1820), and also worked as a consultant.

I have known John since he took charge of the LCP. My appreciation of his directorial/scholarly skills and his friendship deepened greatly between 1992 and 1998 when, after several years as a trustee and other officer, I was honored to serve as the LCP’s president. Whether he was discussing a detail of building maintenance or a major future project, John was always fully informed, articulate, and helpful.

Those six years of my close participation in his direction of the LCP’s operations offered countless insights into John the professional and John the person. His financial knowledge of the LCP was as strong as his grasp of early American history. Not only did he keep me current on the LCP’s operations, but he offered sound judgments of the decisions I made. He did this all with unfailing modesty and a delightful sense of humor. I can’t imagine a more skilled or conscientious caretaker of such a great institution.

What I learned from John is that a good leader can significantly strengthen and protect the vitality of one of our nation’s major cultural institutions — the library. Last year, he summarized his motivation: “This library has been in continuous operation for 282 years. Benjamin Franklin himself believed that it helped instill in Americans their passion for democratic citizenship. I cannot imagine a more critical task than ensuring that scholars and the public are able to have access to these collections and the historical insights they make possible — and that they are preserved for future generations.”

For John, it has been “a truly marvelous journey.”

Since he arrived, not only has the LCP’s endowment grown from $5 million to $30 million, but its collections have expanded significantly, too. The catalog has become electronic; databases have gone online; and images have been digitized. A residential research facility has been added, and programs established for doctoral candidates’ research have produced over 200 books. In addition, more than 40 major exhibitions have been mounted, as well as have a large number of conferences, lectures, and other public programs.

The LCP is honoring its greatest librarian with the creation of the annual John C. Van Horne Lecture series. In light of all that he has done for the library, its numerous public beneficiaries, and the study of early American history, John will surely continue his “truly marvelous journey,” on which the most valuable cargo will, no doubt, be books.

Seymour I. “Spence” Toll is a Philadelphia lawyer and author of two books, Zoned American and A Judge Uncommon: A Life of John Biggs, Jr. His essays and op-eds have appeared in the Sewanee Review and the Philadelphia Inquirer.

We here at the Independent love every piece we run. There are no winners or losers. Having said that, here are December’s winners.

15 Funny Reads to Stave off Boredom

July is Anti-Boredom Month (who knew?). In its honor, we offer 15 hilarious reads that’ll keep you entertained — sans ennui — during your downtime.