The Exquisite Singularity of Louise Glück

The acclaimed poet was just awarded the 2020 Nobel Prize in Literature. 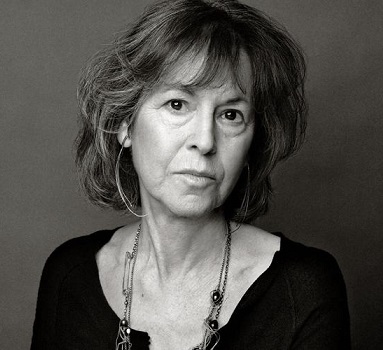 From 2003-2004, Louise Glück, winner of most major poetry awards, was poet laureate of the United States. Now, in another step forward for womankind, she becomes the 16th woman to win the Nobel Prize in Literature.

Yet Glück is not emblematic or representational of other women, nor other poets. She’s too distinct, diamond-cut, inimitable, and proves that what is written deeply in spirit can become the clarion voice for our time.

And, in fact, the Nobel Committee cites this, “the individual made universal,” in her award, proving what most poetry readers already knew: that Glück is the most sustained voice of our generation.

What is it about her writing, then? What is it to be fully human in language?

She memorializes loss, isolation, rejection in language never quite heard before. If we want to know the size and shape of human heartbreak, we read Glück. She uses ancient myths to write modern narratives — featuring symbolic figures like Joan of Arc, Gretel, and Ulysses — through which to speak of marriage, divorce, childhood, motherhood.

If ever proof were needed that art redeems, transcends, and saves, it is the voice of Louise Glück.

On despair, she said, “I only wished for what I always wish for. Another poem.” We could teach a course in philosophy using her lines. For instance, “Why love what you will lose. There is nothing else to love.”

The directness catches our breath, but there's also humor in Glück. In her poem “Time,” with all its human ramifications, she ends with the line, “the dog slept through it.”

Glück jettisons language, combining jagged phrases with high sensation, and she does something every poet wishes to do: take a fragile feeling and build a whole house around it. She believes in “story” and embeds hers in myth, much like writing fairytales for adults.

In this, we see how she gains confidence by allowing context for all she feels. Her poetry points out that we all have to contend with the idea of mortality, love, and the risks involved, and that the self is central to the dilemma (but, she is clear, this does not make it autobiography).

Glück was a lonely child who sought the company of poets Blake, Yeats, and Eliot to talk to; writing became part of that early conversation. Her prose takes on the terror in being a writer but shows how eternal themes are renewed by the writing. She claims she does not know the person who wrote the poem once it’s complete.

Her long marriage was dissolving while Glück wrote her Pulitzer-winning The Wild Iris. She states, “What the book ended up being was a double narrative in which the dissolution of a contemporary marriage, which is elaborated in a series of petulant, comic conversations and private bickerings, alternates with, is threaded through, with the story of Odysseus and Penelope.”

All her books organize disparate lives into a shape — always one of large ambition. By her own admission, she claims the divine has a high standard and is always saying, “I had better hopes for you than this.” By this, we taste the wryness and irony that add to her genius.

The motion from the temporary to the eternal is where Glück writes. In The Wild Iris, she says, “White light no longer disguised as matter…” You’ll never hear her refer to exactly what animates life, but it’s certainly spirit embodied in verse that makes her part of history's memory. For that, the Nobel Committee honors her.

Poet Joseph Brodsky, after winning his own Nobel Prize, said that every poet should have an acceptance speech in the desk drawer, just in case. We doubt that Louise Glück did this, but we await her speech, which will be an eternally bright place in our civilization’s Hall of Fame.

[Editor’s note: Click here to read a transcript of Grace Cavalieri’s interview with Louise Glück from an episode of Cavalieri’s long-running “The Poet and the Poem” broadcast, produced by the Library of Congress.]

Grace Cavalieri is Maryland’s poet laureate. Her latest book is What the Psychic Said.